UniBoot quasi-untetherer aims to solve all your semi-tethered jailbreak woes. Here’s how you can install and use it on your jailbroken iPhone, iPad, or iPod touch.

What sets this untether package apart from other similar tools is its ability to run without an exploit.

All similar tools come with an exploit and actually affect the jailbreak process proactively unlike this untetherer.

Once you slide to shut down your device, it performs the following actions –

UniTether package coming soon for iOS 9-10.3.3 jailbreak tools (dev -ArtikusHG). #RETWEET if you are hyped for it. pic.twitter.com/tq2sNp3QTk

It also replaces other shutdowns (or reboot) methods that are used by tweaks, like iOS stock ones or the “reboot” and “halt” terminal commands.

How does it work?

UniBoot is a truly one-of-a-kind tool and pretty complicated one as well. Here’s a simplistic explanation of how it works –

Essentially, this untetherer will prevent reboots, which, in turn, prevents re-jailbreaking. You can then use your semi-untethered jailbreak like a fully untethered one.

Warning – The Debian package is untested so use it at your own risk. DO NOT install it on any incompatible jailbreak such as Electra or LiberiOS.

It will now replace your shutdown and reboot functions. You can reboot your device by pressing home and sleep buttons together for 7 seconds. 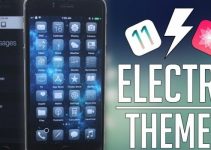