(latest IPA file)Since Saurik is yet to deliver, other developers are coming forward and releasing Cydia-less jailbreak tools for the community. Here’s yet another tool called Electra and how you can install it on your iPhone, iPad, or iPod touch.

Electra is a jailbreak toolkit designed for tweak developers to test tweaks and themes. It is developed by tweak developer Coolstar and designed by Alessandro Chiarlitti.

Warning – It is aimed specifically at developers and is a prelude to the upcoming iOS 11 jailbreak. DO NOT install this toolkit if you are not a developer.

Which device/firmware does Electra support?

Just like other recent tools, this development toolkit also works with all firmware versions ranging from iOS 11.0-11.1.2.

You can use it on all 64-bit devices provided you have the requisite firmware version.

How to install Electra Jailbreak Toolkit on iOS 11-11.1.2

Step 1 Start Cydia Impactor sideload tool. If you don’t have it on your computer, you can grab it from this link.

Step 3 Drag this file onto Cydia Impactor’s window to install it.

Step 5 Wait for Impactor to sideload the app onto your iOS device. Once it is present on your home screen, simply open the Settings app and go to General > Profiles & Device Management.

Step 7 Once the app is verified, you can run it without getting the “certificate” error. Tap the Jailbreak button and wait for it to put to put your device in jailbreak mode. 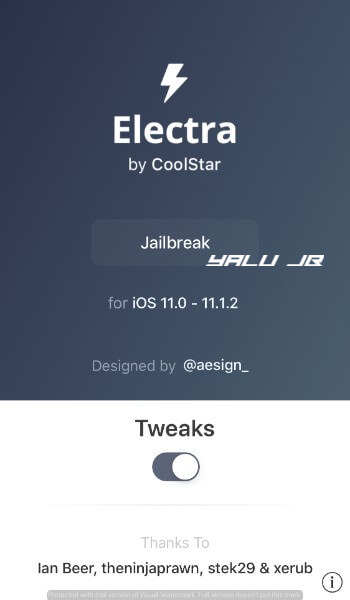 Step 8 Wait for it to inject the exploit on your Apple device. 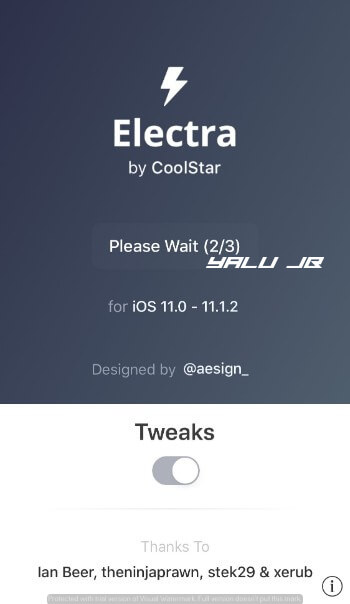 Step 9 It will now display a confirmation message (Already Jailbroken) on your screen. 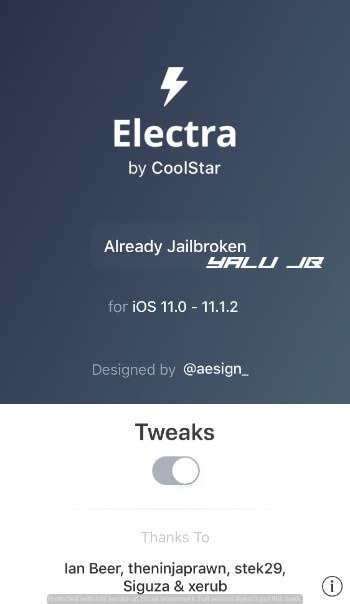 Electra jailbreak uses Anemone theming engine. Therefore, you must use Anemone-compatible themes only. Before you move onto the tutorial, ensure you themes files are present on your computer.

You can now test your tweaks and themes on your device. But before you do that, keep the following things in mind –

If you run into some issues while playing around with this tool, just leave a comment below. 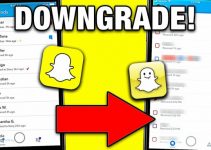