Hacker Nyan Satan has just teased a jailbreak on iOS 10.3.3 along with Cydia running in the background. Here’s all you need to know about this new jailbreak.

Nyan Satan is relatively unknown within the jailbreak community. However, she is heavily involved in dual-booting and legacy device development.

Here’s a video that the hacker uploaded to her Twitter account. It shows an iPhone 5 with a dual-boot setup of iOS 7 and iOS 10.3.3.

This jailbreak is clearly capable of running Cydia. However, packages are still missing from Cydia and some kernel patches also required.

The lack of UDID and packages led some Twitter users to erroneously believe that this jailbreak was fake. Nyan Satan quickly clarified that this wasn’t the case and development is still ongoing.

This jailbreak was demonstrated on an iPhone 5. Therefore, it will only have support for legacy 32-bit devices such as iPhone 5 and iPhone 5c.

64-bit devices (iPhone 5s and above) will obviously be incompatible due to architectural differences.

Moreover, newer devices such as iPhone 6s and iPhone 7 also require a working KPP bypass, which no hacker has developed thus far.

These kinds of jailbreak tools work specifically on dual-boot setups. This means you will able to run it only if your device is running an older firmware alongside iOS 10.3.3.

Currently, it’s more of a proof-of-concept rather than a full-fledged jailbreak tool.

According to me, Nyan Satan will probably not release this jailbreak to the general public. The reason being the lower demand for jailbreak tools for legacy devices.

If the developer does decide to turn it into a jailbreak in the future, we may get a stable release somewhere down the line.

In this case, all 32-bit devices will then have a jailbreak available for their entire firmware lineup up till iOS 10.3.3. 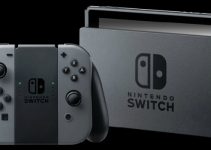