Antique Dev has just open sources all his Cydia tweaks! Here’s the complete list of tweaks that you can use for development purposes.

Antique Dev is actually going open source to help the community out. This is his way of contributing and giving back to the jailbreak community.

Atmos, the Priority Hub alternative for iOS 10, has not been made open source yet since it is a paid package. A few other bigger paid tweaks have also not been open sourced.

Why is Antique Dev open sourcing his tweaks?

The main reason behind this release is that a lot of jailbreak users want to develop tweaks but have no idea how to go about it. This will surely show them the ropes of tweak development and what actually goes on behind the scenes.

Secondly, Antique Dev will not be developing tweaks and other jailbreak stuff for some time now.

He is moving out of his home due to work-related issues. However, he has assured his fans that he will return to the jailbreak scene for sure.

If you are waiting for his iOS 10.2.1 jailbreak, I highly recommend you update to iOS 11 now. I don’t think he will be able to release it now that he is busier than ever.

If you are interested in getting into tweak development, don’t forget to check out Jarod’s Github repository.

For more jailbreak scene news and updates, subscribe to our social channels. 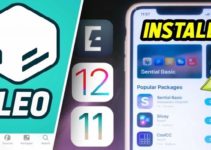