After almost seven months of its release, iOS 10.3-10.3.3 firmware now has a jailbreak for 64-bit devices. Here’s how you can download and install g0blin jailbreak on your iPhone, iPad, and iPod touch.

g0blin is an iOS 10.3-10.3.3 jailbreak for iPhone, iPad, and iPod touch devices with 64-bit chipsets. It is developed by the eminent developers Sticktron and Jake James.

It currently works on the following versions only –

g0blin utilizes Luca Todesco’s yalu102 KPP bypass and Siguza’s v0rtex exploit. This tool is a work in progress but you can use Cydia now as Jake added the “jailbreakd” daemon to this tool.

Cydia and Substrate are now working like they should. This tool doesn’t require a Substrate update.

Here’s the complete compatibility list of this tool with various firmware versions and devices.

Step 1 Connect your iOS device to your computer.

Step 2 Start Cydia Impactor tool. If you don’t have it already, download it from this link.

Step 3 Download the g0blin version 1 IPA file from the link above to your desktop.

Step 4 Drag this file onto Impactor’s window to start the sideloading process.

Step 5 Impactor will now ask you for your Apple ID details. Enter your email and password.

Step 6 Wait for it to complete the installation process. Once the sideload process is over, the app will appear on your home screen.

Step 7 Disconnect your device from the computer.

Step 8 Opening the app will result in the “Untrusted Developer certificate” error. Therefore, you must go to Settings > General > Profiles & Device Management and verify this app’s certificate first.

Step 9 Run the g0blin jailbreak application from your home screen. If it reboots your device or doesn’t work at the very first try, keep retrying for at least 10-15 times. 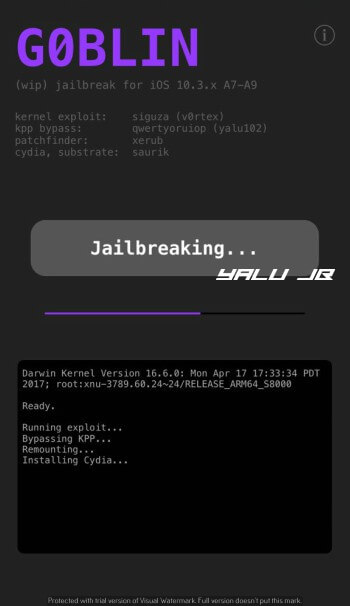 Step 10 Wait for it to inject the exploit onto your device. Once it’s done, it will display the following message. 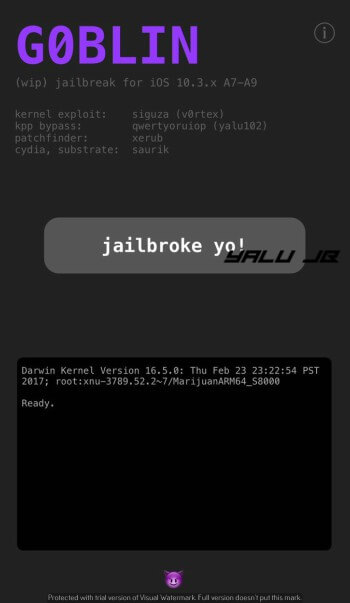 Step 11 You can now run Cydia from your home screen. 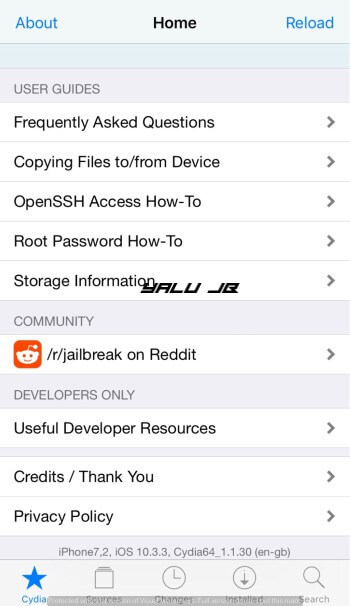 How to re-jailbreak your device after reboot

After each reboot, Cydia and all your tweaks will stop working. Therefore, you must re-jailbreak your device to make them work again.

Since a lot of users were asking about how to re-enable the jailbreak, here’s a step-by-step tutorial that lets you do just that. 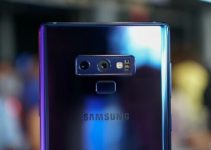