Hackers tihmstar and s1guza have successfully jailbroken iOS 9.3.5 firmware. Here’s all you need to know about it.

In an odd twist of events, hackers tihmstar and s1guza have jailbroken an iPhone 4S on iOS 9.3.5.

Looks like @s1guza and i hacked it with just 2 offsets 😛 pic.twitter.com/sR4DjEvjJQ

His tweet comes at a time when we already have 4 other developers or dev teams claiming to be working on an iOS 9.3.5 jailbreak.

Here’s a full list of all hackers who claim to have a working jailbreak for iOS 9.3.5.

Apparently, tihmstar’s jailbreak app is called Group 935. This name is a reference to a fictitious scientific research group in the game Call of Duty.

Anyone gets the reference? ;P pic.twitter.com/cySpym4uNf

For the uninitiated, tihmstar and s1guza are both highly reliable and trusted developers. tihmstar is the developer of Future Restore whereas s1guza has created cl0ver utility that adds tfp0 patch onto your device.

I don’t know whether or not they have tested the jailbreak for stability and bugs. However, it seems like a release is imminent now that the app is ready.

According to me, it will be compatible only with 32-bit iOS devices. As for 64-bit devices, they probably wouldn’t receive a jailbreak.

It will most likely be semi-untethered because the exploit is run through a sideload-able application. The download links will go be uploaded as soon as it goes live.

Are you excited about this upcoming jailbreak or not? Let us know in the comments section below. 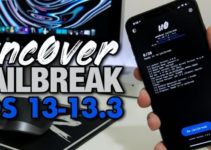