iOS 9.3.5 has finally been jailbroken! Here’s what you need to know about it.

He recently tweeted an image of a jailbroken iPhone 4s (iPhone4,1) on his official Twitter handle.

As you already know, Fried Apple Team already possesses a working jailbreak for iOS 9.3.5. However, they have gone underground after demonstrating the jailbreak at a security conference.

So, REALKJCMEMBER is our last hope.

For the uninitiated, REALKJCMEMBER is the developer of Home Depot jailbreak for iOS 9.1-9.3.4. This tool is compatible only with 32-bit iOS devices.

Why is an iOS 9.3.5 jailbreak important?

Although most users don’t realize this, iOS 9.3.5 jailbreak is of immense importance. This is the last firmware version for iOS devices having 32-bit architecture.

Moreover, Apple is still signing it and will keep the window open. The fact that its signing window is open makes it all the more important. 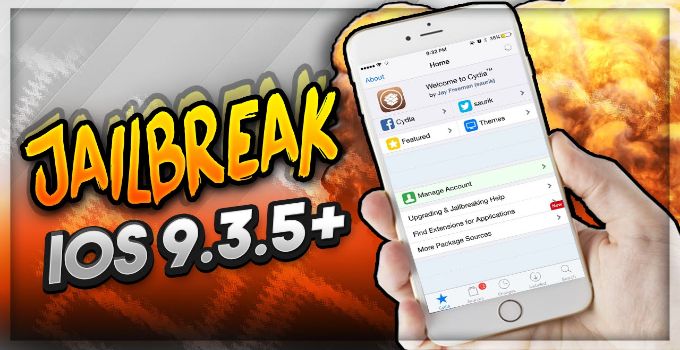 A lot of users still use legacy devices because they still work and have no plans to upgrade soon. Several users, including me, who own multiple devices still have secondary devices languishing on iOS 9.3.5.

Therefore, getting our hands on such a tool will mean this firmware will be jailbroken forever on all its versions.

Remember, this is just a teaser and not a public release. You will not able to access the download links unless he makes them public.

I wasn’t able to ascertain any more details about this. The problem with this developer is that he is a colossal troll and very unpredictable. He might release this jailbreak tonight or he may never release it.

He might release this jailbreak tonight or he may never release it.

There’s still a glimmer of hope that we might get an iOS 9.3.5 jailbreak tool after all.