Notorious hacker Stefan Esser has just started a fundraiser for a 32-bit iOS 9.3.5 jailbreak. Here’s how you can contribute to it.

Troll-cum-hacker Stefan Esser aka i0n1c is preparing a fundraiser for an online-only iOS training for upcoming hackers.

The funds will go towards hiring other developers to develop the user interface of the iOS 9.3.5 jailbreak and prepare training material.

This online training course will teach trainees how to develop iOS 9.3.5 jailbreak for 32-bit devices. Here’s the full list of everything the trainees will receive –

At the time of writing, this campaign has received €4,611 from its backers – that amounts to 2305.5 euros per day. This fundraising campaign began on August 1 and still has 28 days to go.

Doing the math, it’s highly unlikely whether i0n1c will reach his goal. The main reason behind this is that not many users use a 32-bit device as their primary device.

What are the goals of this campaign?

The actual goal is a 9.3.5 jailbreak for 32-bit devices. Furthermore, this campaign also has some “stretch” goals along with the base €111,111 goal.

Once the original goal is surpassed, here’s what Esser will release –

I highly recommend you not to contribute any amount to this project. You will not be able to create a jailbreak for newer firmware versions. Moreover, this will only encourage him to continue with his shenanigans on Twitter without releasing anything. 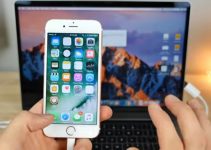