Another day, another tweak. This new tweak aims to declutter the iMessage app. Here’s how it works.

iMessage app has a lot of buttons little buttons that actually aren’t as useful as they seem to be. While you might find yourself using a few of them in certain situations, others still continue to occupy unnecessary space.

This is where this new tweak comes in.

NoMessageButtons Cydia tweak allows you to remove the various buttons from iMessage app. It is developed by tweak developer NeinZedd9.

What this does is removes the useless crap and de-clutters the messaging app. Here’s how it looks like in action.

Here are the various buttons you can remove –

Once you install it, you can easily enable or disable these buttons from its Settings section.

The only downside of this tweak is that the removal of buttons leaves some space and the message bar remains “as is”. The developer should add an option to expand it automatically to occupy the remaining space.

Although ArtikusHG has already said he doesn’t have the know-how to do this, he will be willing to give the source code to any other developer

This is great utility tweak for anyone willing to declutter iMessage. Recommended.

NoMessageButtons is available for download on BigBoss Cydia repo for free. It is compatible with iOS 10.

Here are some more jailbreak tweaks that you may like. 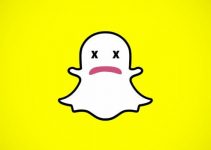