Jailbreak detection was an issue with iOS 10 and continues to plague iOS 11 firmware as well. Here’s a new tweak called Liberty Lite that lets you bypass detection mechanisms on a lot of App Store apps and games.

Liberty Lite is a general-purpose jailbreak detection bypass for iOS 11/12 firmware. It is developed by famed patch developer, Ryley Angus.

Since it’s the “lite” version of the original Liberty Cydia tweak, a major feature is missing from this tweak.

Surprisingly, the developer didn’t test this tweak out on iOS 11 firmware. According to Ryley, he tested it only on iOS 9/10 yet it works perfectly on iOS 11 (as well as iOS 12) without any hitches.

You can check out the complete list of apps and games with jailbreak detection here.

According to testers, Liberty Lite successfully patches the following apps and games –

The following applications and games are not working with this version –

How to install and use Liberty Lite Cydia tweak

Step 1 Open Cydia and go to the Sources section.

Step 3 Once the repo gets installed on your device, tap on it and browse its “All Packages” section.

Step 4 Install the following package. Ensure you remove the older versions of this package before installing the “lite” version. 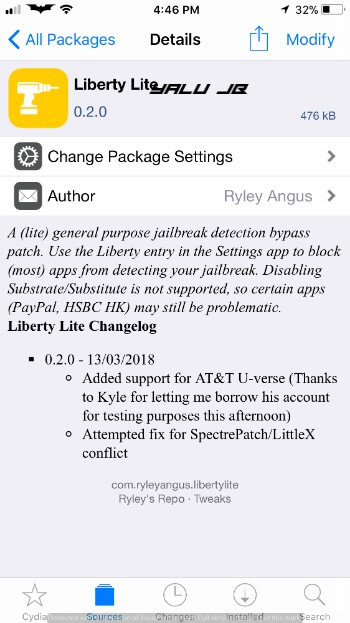 Step 5 Go to Settings > Liberty Lite to apply app-specific patches. If you are unable to find this tweak in the stock Settings app, try disabling conflicting tweaks such as NotTodaySatan and LittleX. 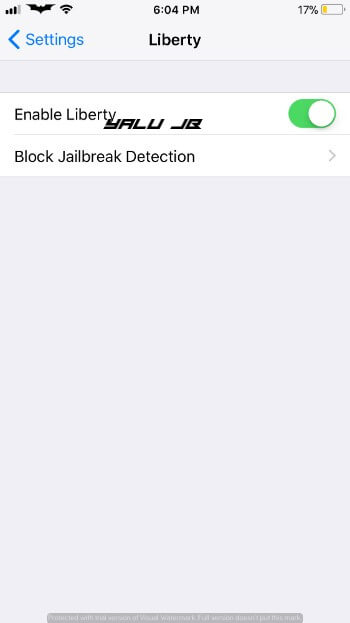 Step 6 Tap Block Jailbreak Detection and slide the toggle for any desired application or game. 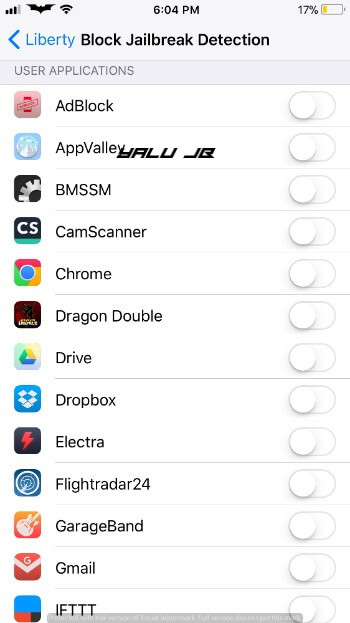 That’s pretty much it! If you are unable to get it working properly, I suggest waiting for the full version.

Did it work for you?

I don’t have many apps that detect jailbreak except for a few run-0f-the-mill ones. I gave it a try on Snapchat and it’s working perfectly fine for me.

The developer relies on user feedback to incorporate more advanced patches into his tool. Since he doesn’t have an iOS 11 device, it makes user feedback all the more important.

If you are able to bypass the jailbreak detection in an app, please post it in the comments below.