Now that you have jailbroken your device, it’s time to add the best repositories Cydia offers. Here’s the complete list of must-have Cydia sources and repositories for Electra jailbreak users.

Ryan Petrich’s repository has been around for a long time, in internet time one could say it’s ancient.

This Cydia repository contains a lot of essential tweaks such as RocketBootstrap, PreferenceLoader, etc. 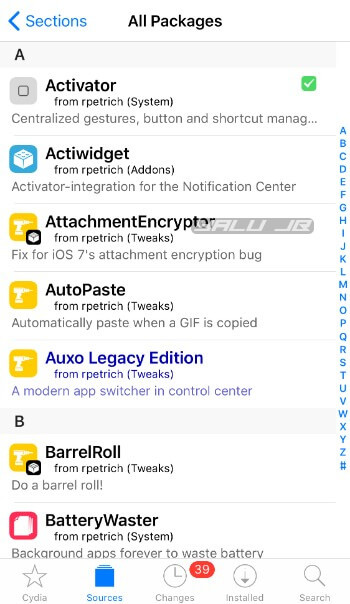 Apart from system tweaks, you can also grab some cool enhancements for iOS like Activator, Auxo, PictureInPicture, and Snoverlay.

You can also find quite a few legacy tweaks in this repo so be sure to steer clear of them unless you own a legacy device.

Even though Ryan is no longer as active in the community as he used to be, adding his source is mandatory if you are on iOS 11.

LoneStarX is a newcomer on the tweak development scene but his tweaks say otherwise.

The tweak developer has already released free tweaks that could easily go for a dollar or more. 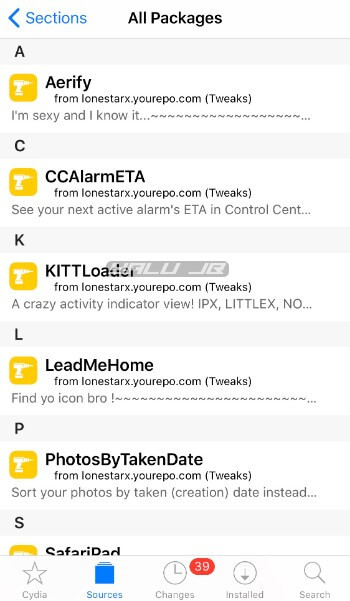 LoneStarX’s repo offers amazing free tweaks like Aerify, KITTLoader, ShowTouch, etc. Above all, this repo only has tweaks that are compatible with iOS 11 and above.

Add this source to your jailbroken device and you won’t be disappointed.

Maxwell, too, is a newcomer that has taken the jailbreak scene by a storm.

The young developer has ported colored notifications to iOS 11 and still has a few tweaks up his sleeve. 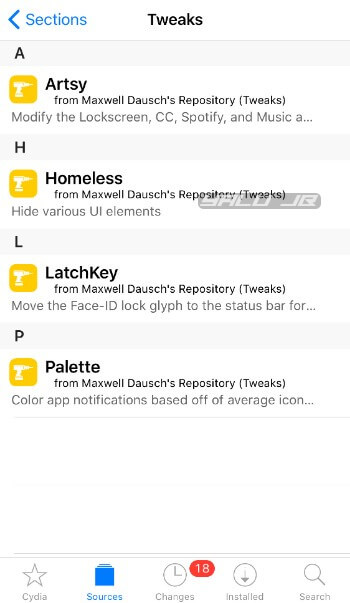 Be sure to add Maxwell’s source if you are looking to modify or enhance the look and feel of your jailbreak setup.

You are definitely living under a rock if you haven’t heard about Cokepokes and Snapchat shenanigans.

For those who don’t know, Cokepokes is the first hacker in the world to hack the Snapchat iOS app. 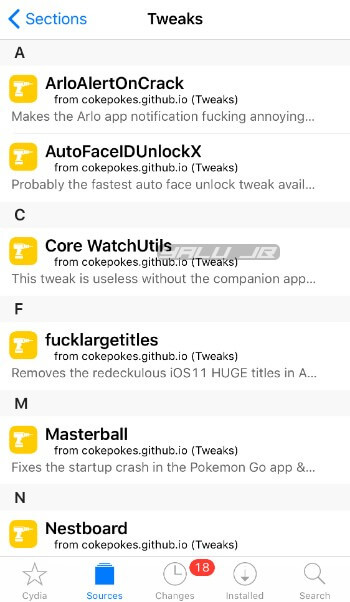 If you are a heavy Snapchat user, Cokepokes’ source will be right up your alley.

Even if you aren’t a big fan of Snapchat or have abandoned it after the last few horrendous updates, Cokepokes repo offers plenty of tweaks that you can use to modify your setup.

Dynastic Development Team is a new entrant on the scene and is currently busy promoting its ShortLook tweak for iOS 11. 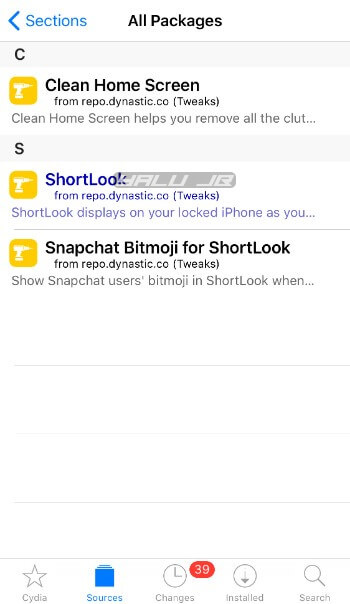 This source doesn’t have much on offer at the moment but it will get populated very soon.

Dynastic Development Team has some cool new tweaks in the offing that will be uploaded in due course. If you looking for a source that’s about to blow up, this is it.

CPDD has been around since the early days of jailbreaking and is still alive and kicking thanks to its creator Carlos Perez. 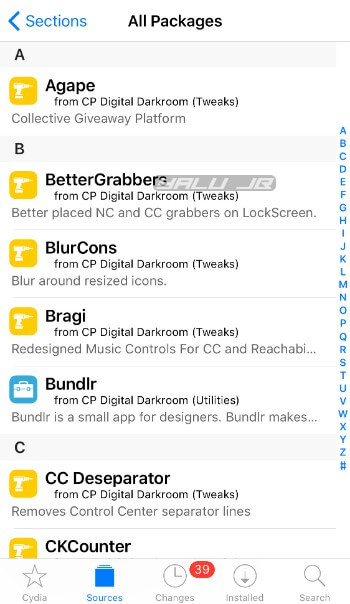 CP Digital Darkroom houses a lot of tweaks that will take your existing setup to the next level.

Carlos also recently made all his packages free after years of supporting them and still continues to update them on a regular basis.

Elias Limneos’ Cydia repo is all about quality rather than quantity. 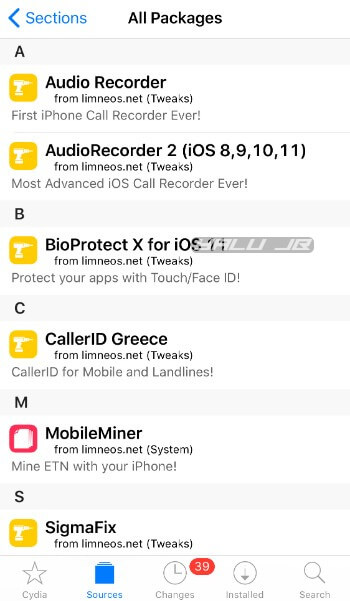 However poor Limneos’ support may be, the Greek developer doles out some top-shelf stuff.  The developer also regularly releases updates for existing packages.

Add this repository if you want to extend the functionality of your stock iOS setup.

Hashbang Productions is an old-guard repository with a solid developer team behind it. 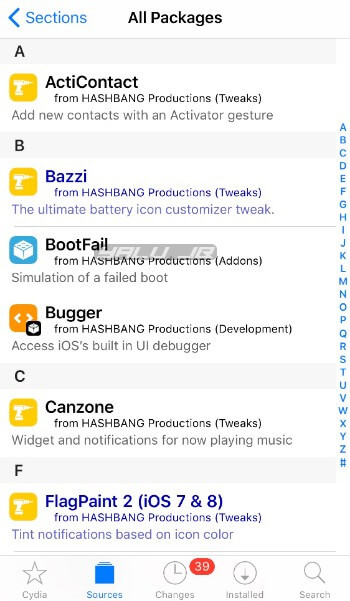 If you are looking for user interface customization as well as enhancements, Hashbang should be a part of your Cydia source list.

Majd Alfhaily’s source is the go-to source for Instagram enthusiasts.

Majd’s repository doesn’t have much meat on it as compared to other sources but it does have some insanely popular tweaks like Rocket and AdBlock for YouTube. 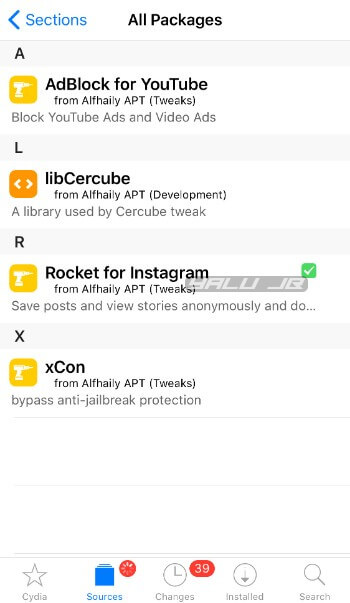 If you are a heavy Instagram and YouTube user, adding this repo will do you much good.

UnlimApps is the leading source for all social media tweaks. 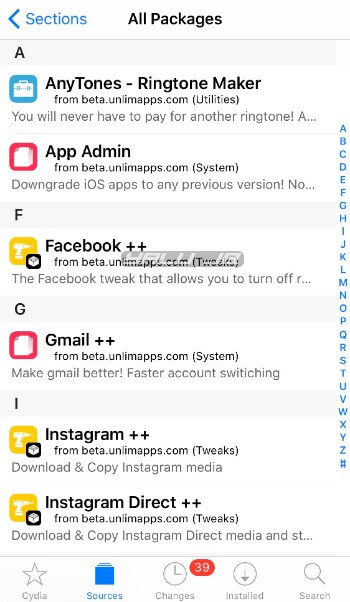 If you are glued to social networking apps, then you’ve got to add the UnlimApps repository to Cydia. Even if you aren’t a social butterfly, this repo has something for everyone.

Before you add this source to your device, keep in mind that the ++ tweak lineup is not compatible yet with iOS 11.2-11.3.1 at the time of writing this article. The developer usually adds the necessary compatibility patches as soon as users start bugging him on Twitter.

All versions released before iOS 11.2, however, are fully compatible. If you have a compatible iOS version, you can get started right away. 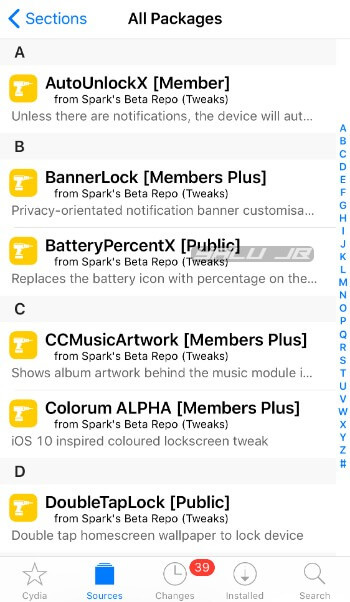 Remember, a lot of packages on Spark Servers are reserved only for paid members.

If you own an iPhone X, a paid membership of SparkDev’s members-only area is worth its weight in gold. If you are using an older model, free tweaks will suffice unless you are looking for a specific feature or customization option.

Brazilian developer Julio Verne is considered the best tweak developer in the community by many and for all the right reasons.

Though the cracker-turned-developer has been on the sidelines for a while, his source will definitely be a great addition to your current setup. 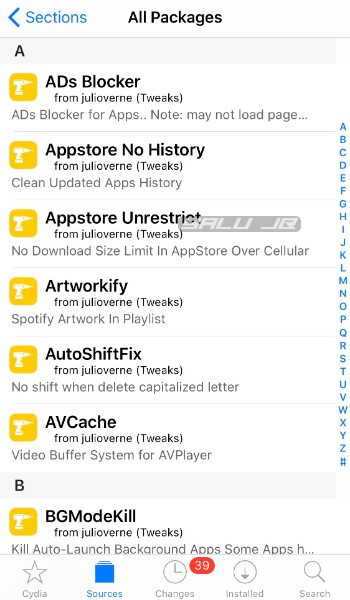 Julio also released recently a new bypass for HSBC Bank so we can expect some more jailbreak goodness from him in the future.

This source is definitely worth an add if you want free customization, hacks, and patches for your App Store apps.

BigBoss is the undisputed champion of the jailbreak community.

Surprisingly, the old-guard repository is still going strong even though other older sources such as ModMyi and ZodTTD have decided to hang up their boots. 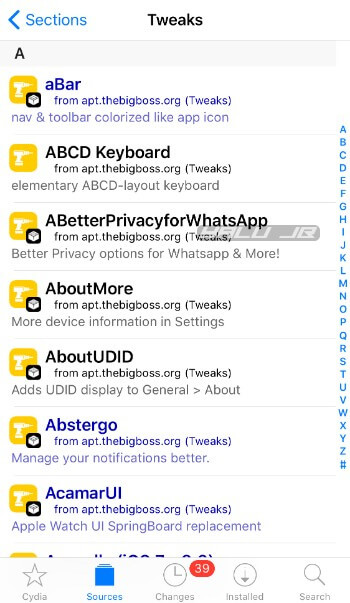 BigBoss is home to thousands of Debian packages and is updated daily without fail by its amazing administrator team. It is a default repository and you don’t need to add it via Cydia.

Auxilium Development Team is currently the best developer team in the entire jailbreak community. The team came out of nowhere and surprised everyone with its free tweak releases.

The Auxilium repository is well-managed and is loaded with a lot of awesome tweaks. 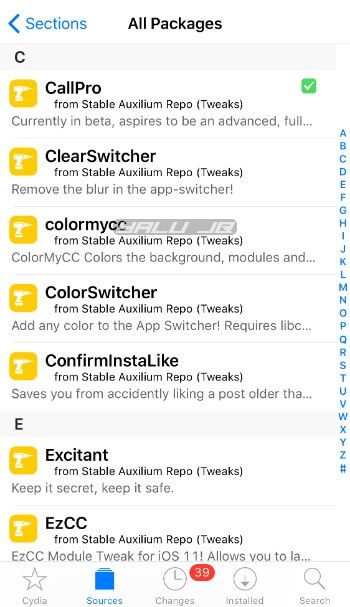 It also contains quite a few legacy packages that have been patched and made compatible with iOS 11 and above versions. Case in point – the 0vigilate tweak that patches Palert for iOS 11.

Packix is, without a doubt, the number one Cydia repository of 2018. Although this repository is just months old, it has amassed a mammoth user base thanks to its modern design and user-friendliness.

Developed from the ground up by the amazing Andrew Wiik, Packix quickly rose the ranks of the jailbreak community.

Within just a few weeks its release, Packix became the go-to repository of all jailbreakers with iOS 11 devices. 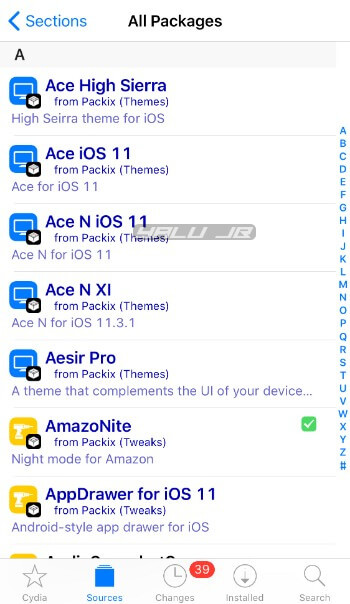 It comes with a user-friendly interface, a robust backend security system, and a PayPal-supported payment system.

As BigBoss doesn’t currently accept paid packages, developers are turning towards this source for hosting both paid and free packages.

You don’t need to add this source to your device as Electra already adds it as a default source.

Did we miss your favorite Cydia source?

There are tons and tons of sources/repositories available on Cydia. The older ones are disappearing into the depths of Cydia while newer ones keep popping up every few days.

So, it’s difficult for us to keep track of them all and squeeze them in our “top 15” list.