Developer mcg29 has successfully loaded the first beta update of iOS 8.4 on an iPhone 5S. Here’s all you need to know about it.

The developer, who is known for his development work on legacy firmware versions, posted the following tweet on his Twitter handle.

For those who are unfamiliar with how dual booting works, iBEC (iBoot Epoch Change) is a watered-down version of iBoot loaded during a restore from FDFU (fake DFU) mode.

So, there’s still a lot of work that needs to be done in order to dual boot the complete firmware on an Apple device.

Mcg29 has given no word on whether he will release a tool or publish a writeup.

Going forward, the developer is set to encounter a myriad of SEP compatibility issues.

SEP is a low-level security feature that handles Touch ID, FaceID and other services that require an elevated level of security.

According to reputed hackers, it is almost impossible to circumvent. And if SEP checks fail, the dual-booted firmware will simply fail to load on the target device.

In theory, the SEP could be defeated using a virtual SEP akin to Hackintosh’s FakeSMC. However, it is highly unlikely that a hacker will release such a valuable exploit to the public. 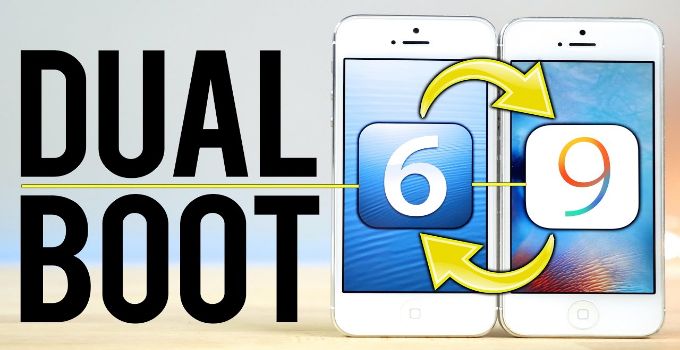 Moreover, a dual boot, if released, will likely not support devices with A10 chips (iPhone 7 and 7 plus) due to advanced hardware-level security.

As things stand, this project is a moonshot, and would most likely stay in the initial development stages for a few months.

If more research is done in this area, Coolbooter or a similar tool could become compatible with devices having A9 chip and below.