Hacker and jailbreak developer, axi0mX is all set to release kloader64 to Github. Here’s all you need to know about it.

axi0mX will soon push aarch64 support to his kloader fork on Github. However, this promise comes with a bizarre condition – his tweet must get 1000 retweets.

Currently, his tweet is sitting at 566 retweets. So even if you are not interested in this project, at least send a retweet his way.

For the uninitiated, axi0mX is known for releasing firmware keys and alloc8 untethered exploit. Therefore, he is very reliable and trusted within the community.

As of now, kloader only supports 32-bit iOS devices and can’t work with any 64-bit device. Remember, this doesn’t have anything to do with a jailbreak nor is it an exploit for iOS 10.3.3.

How can kloader64 be useful?

Once such a tool is released, developers will be able to use it for a range of applications. Here are the main reasons why it is useful.

kloader64 works exactly like kloader32 excepting a few complications that exist on 64-bit devices. If a developer realizes this, you will be able to downgrade to any firmware version just like Odysseus.

According to me, this will still require proper SHSH Blobs before you can initiate the downgrade process.

While this has its advantages, it also has one major disadvantage – this will break all SEP functionality rendering Touch ID useless.

kloader64 will also allow you to dual-boot different firmware versions on a single device. This is even better than downgrading because you will be able to test out new firmware without actually updating.

A tool like Coolbooter would create a new partition containing the new version. What this will do is allow users to retain their jailbreak while still using newer versions.

According to axi0mX, dual booting will work only on jailbroken devices. Moreover, these devices also must be compatible with Luca Todesco’s KPP bypass that works only up till iOS 10.2.1.

When will axi0mX release it?

Nothing is final just yet and it will take some time for tools to come to fruition.

All things considered, it’s good to see progress is still being made by jailbreak developers and the community is moving in the right direction.

Are you stoked for this new tool? Let us know in the comments section below. 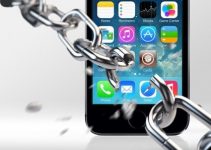