Team Pangu’s MOSEC conference has been very interesting thus far. A new jailbreak for iOS 11 and iOS 10.3.2 was also demonstrated among other exploits. Here’s all you need to know about it.

Tencent KeenLab is a new jailbreak team comprising Chinese security researchers and hackers. This is their first public iOS jailbreak demonstration ever.

Here’s what the organizer of MOSEC 2017 tweeted.

One more talk of MOSEC2017 is left now. The last talk will show an demo of 0-day for the jailbreak in iOS 11!

KeenLab demonstrated their 0-day exploits on the following devices –

Here we have a jailbroken iPhone 7 in the middle running iOS 11 beta 2 firmware. The jailbreak used by KeenLab Dev Team looks like a push-button tool.

Here’s another picture from their demonstration at MOSEC 2017. It clearly shows KeenLab has jailbroken the devices and installed Cydia Installer on them. 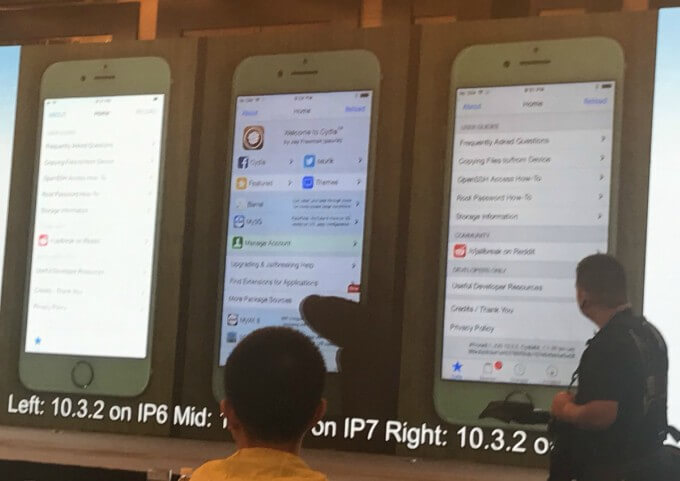 Remember, iOS 11 is in Beta development stage and will naturally contain bugs and vulnerabilities.

Apple will most likely patch all exploits in the final release of iOS 11. However, the probability of having a new jailbreak for iOS 10.3.x is huge.

You should stick to iOS 10.3.1 only because Team Pangu has developed a jailbreak for it. Team Pangu is also more reliable and has a solid track record.

Team Pangu or KeenLab have given no official ETA or release date yet. Don’t get your hopes too high, this might be a private 0-day exploit demo that ends up fetching a bounty worth millions.

Although we won’t have a public jailbreak for some time, this is great news for the entire jailbreak community.

All users who are on iOS 10 should stay where they are. We might get a jailbreak for this firmware version very soon.

This is, without a doubt, the longest jailbreak drought we have ever been through. Hopefully, we will get a fully untethered jailbreak for both iOS 10.3.2 and iOS 11 in the near future.

For more jailbreak scene and updates, subscribe to our social channels. 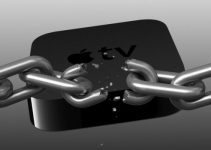