Now that we have a jailbreak for iOS 10.3.x firmware versions, users are worried about running out of space. This is where Stashing comes in but do you really need it on iOS 10.3-10.3.3 and 11? Let’s find out below.

For the uninitiated, Stashing allows users to move data away from the system partition to the private (user) partition.

The system partition is small in size whereas the private partition is relatively bigger. This frees up a lot of space for installing jailbreak tweaks.

This is indeed a great development since Stashing always caused a lot of problems.

Back in the iOS 9 days, a lot of users bootlooped their devices after installing the Stashing package and erasing all contents.

Here’s how the new partitioning looks like on a 64-bit iPhone running iOS 10.3.3 firmware.

It clearly shows that the System and Private partitions have the same amount of storage space. 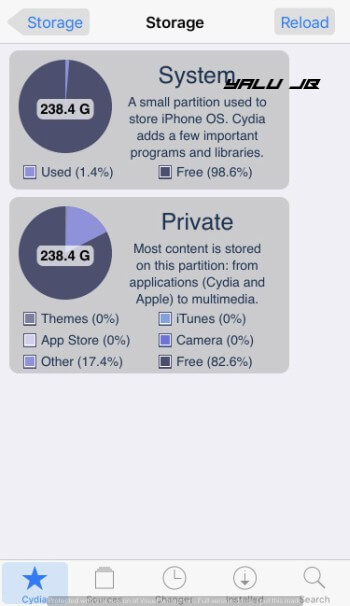 However, 32-bit Apple devices on iOS 10.3.x don’t have the APFS file system. Therefore, 32-bit devices will not be immune to the “Storage full” alerts.

If you want to give it a try, you must install version 1.5.0 from Coolstar’s Cydia repository (coolstar.org/publicrepo/) only.

What can I do to free up space now?

Although you don’t need to use Stashing on your device anymore, space can still become an issue especially if you own a 16GB or 32GB model.

Here are a couple of tips you can use to free up space immediately and make more room for Cydia tweaks.

The best way to free up space on iOS 11 is to use the stock Offload Unused Apps feature.

Open the Settings app and go to General > iPhone Storage and enable it. 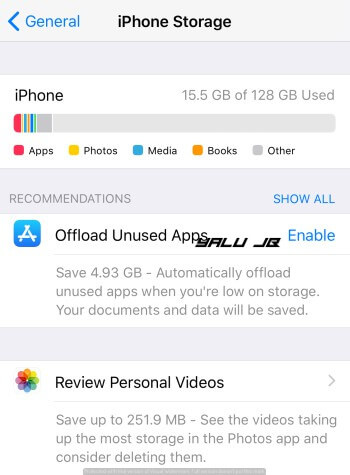 This will uninstall all unused applications from your device keeping all their data intact.

Therefore, once you install an “offloaded” app, all your user data associated with that app will also get restored.

This is a really solid feature for freeing up space. However, it is limited only to iOS 11 and is not present in iOS 10.3.x versions.

If you are stuck on iOS 10.3.x, you will have to delete unnecessary data to free up more space.

Open your camera roll and start deleting old or redundant crap media files, which often take up the most space.

You can also try “offloading” apps manually. Simply delete the apps you don’t use for freeing up more space for tweaks.

If you have any other trick or method to get more space on your iPhone, kindly share it in the comments below. 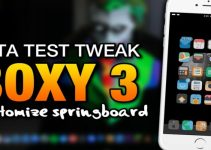