Apple has just seeded the final build of iOS 12 – also known as Golden Master – to developers. You can download this update on your iPhone, iPad, and iPod touch below without a paid developer account.

iOS 12 weighs around 2.5GB on all compatible devices and comes with a lot of improvements. Unlike other devices, the update is almost 3GB on the iPhone X.

Here’s what you can expect from the Gold Master build – 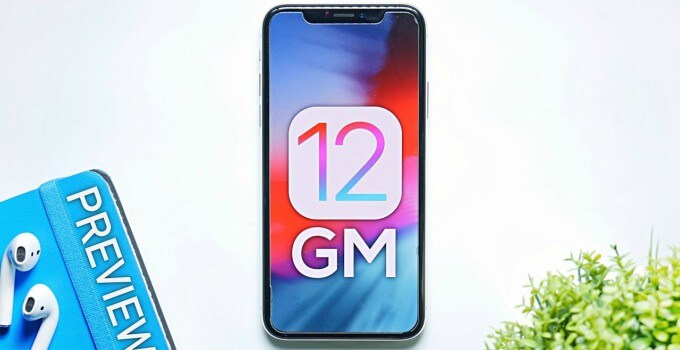 If you have a developer account, you can simply get the update from the Apple Developer Center. As far as average users go, they can use the OTA Profile download link given below and upgrade their devices within just a few minutes.

Alternatively, you can download the IPSW firmware file and upgrade your device manually using iTunes.

Since Golden Master is the final stable build of a firmware version, you can expect it to be relatively stable than its predecessors. Unless Apple discovers a major bug, this will be the update that will go public on September 17.

If you are currently using any beta version of iOS 12, you should, by all means, upgrade your device for a better and more stable experience.

Don’t forget to leave your comments below if you decide to test this update out on your device.