As you already know, Abraham developed a new crash bug similar to Effective Power. GitHub administrators didn’t take kindly to this and banned him from the platform.

Why did GitHub ban Abraham?

GitHub terms of use page clearly states that uploading, posting, hosting, or transmitting any harmful content is a bannable offense.

Abraham was using his GitHub subdomain for exploit delivery for the chaiOS bug. This is why they decided to ban him altogether.

Apart from that, GitHub was getting a lot of bad press since their website was being used to distribute malware.

Here’s what Abraham had to say about the chaiOS fiasco. 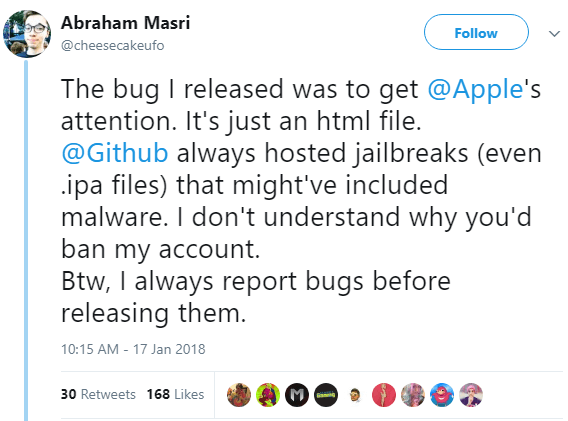 He is absolutely spot-on with that tweet because there are plenty of exploits and IPAs floating around on GitHub.

It doesn’t take a lot of work for someone to sneak in some rogue code or malware that can potentially brick users’ devices.

However, the end user still needs to voluntarily install the IPA file on his device. In this case, you can simply send the link to anyone and brick their devices without them knowing anything about it.

For those who don’t know, his website bootstrapped the bug simply by opening a link in Safari.

No, Abraham made it very clear that he won’t re-upload the chaiOS website. 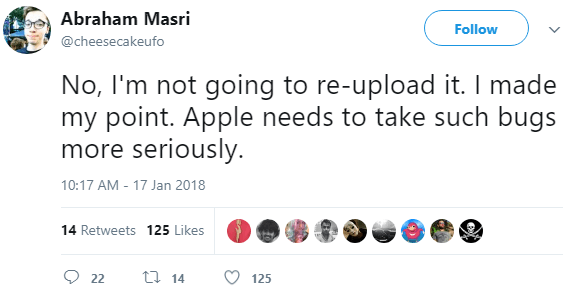 Thankfully, another user was able to pull the source code off of his GitHub page and uploaded it to his server. You can access the mirror here.

GitHub previously took down all his websites along with the Effective Power link. He has since been unbanned from the platform and his jailbreak sites are again up. 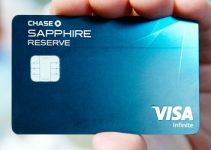