Now that you can install Cydia tweaks on rootlessJB, it’s time to download your favorite tweaks. Download the complete Cydia tweak compatibility list for iOS 12 below.

rootlessJB, an iOS 12 jailbreak toolkit for developers, brings tweak injection support for iOS 12.1.2 and below versions.

Almost all of the classic Cydia tweaks are fully functional on rootlessJB, in spite of its numerous incapacities and limitations.

Preference Loader (Settings section), which was initially believed to be dysfunctional, is working just fine on all compatible iOS versions.

Here’s a video demonstration of how tweak injection works on iOS 12 by tweak developer Sammy Guichelaar.

With that being said, iOS 12 is a tough nut to crack, at least at the moment. You will have to jump through a lot of hoops just to install your tweaks on iOS 12-12.1.2.

Firstly, you can’t patch Debian packages if you don’t have a Mac. Secondly, working with Terminal prompts and patcher is not for the faint of heart.

If you are inexperienced or don’t own a Mac, we highly recommend waiting for a stable package manager like Cydia.

For the early birds who want to climb on the iOS 12 bandwagon, here’s how you should use the list –

Which tweaks are compatible with rootlessJB?

Which tweaks are you using?

We have tried to add as many iOS 12 jailbreak tweaks as possible to this list. However, we can’t test all of them, nor can we find the download links for each one of them. 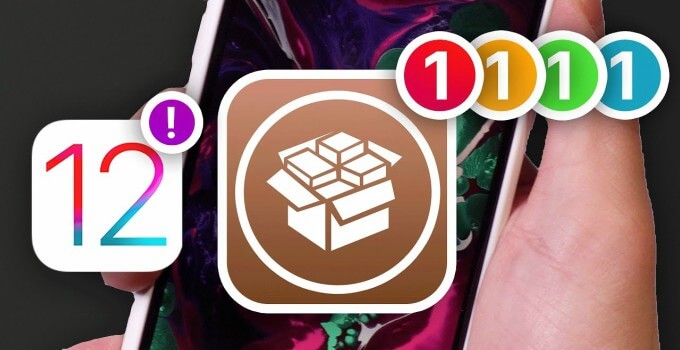 You can contribute to this list by testing out tweaks on your device. Just let us know which tweaks are working and which are not along with your device and firmware version.