Despite Apple’s attempts to beef up iOS security, multiple exploits and vulnerabilities keep surfacing online. Yet another new iCloud unlock bug for iOS 11 has been doing the rounds on YouTube.

This bug involves using 3UTools, a third-party Chinese utility that lets you access your iPhone’s root filesystem (in jailbreak mode) and install cracked apps, to delete the “iTunes_Control” folder that stores the activation lock information. 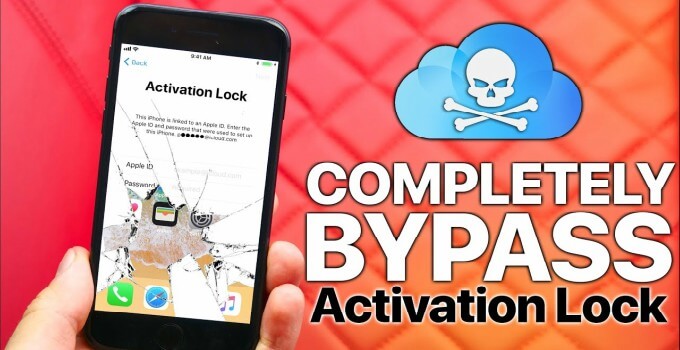 Once you wipe that folder off via 3UTools instead of connecting to iTunes, your device instantly skips the activation screen.

Unfortunately, this method works only on iOS 11, which Apple isn’t signing anymore.

The reason why Apple takes iCloud exploits so seriously is that they can possibly allow thieves to unlock a stolen iPhone.

Nevertheless, a lot of users often end up purchasing locked iPhones from eBay or other unofficial sources.

If you happen to own a locked iPhone, here’s how you can bypass iCloud lock in three simple steps –

It’s not known whether or not this bug works on iOS 12 or above firmware versions. If you are on iOS 11.4.1 or below, you should definitely give it a go – at least on a spare device that is currently locked.

How effective is this removal method?

Unfortunately, this bug, though useful for hackers, is utterly useless for the average user.

According to users who gave this method a go, you can’t launch apps from the home screen and some apps just crash to the SpringBoard.

Despite the numerous shortcomings of this method, there’s one upside to it – you can open FaceTime. However, the sign-in button and forgot password remain non-functional.

Other than that, you can’t use any app on your smartphone. You can’t even use your iPhone as an iPod touch.

If you have an iPhone on iOS 11 that you wish to unlock, a public WebKit exploit by Niklas Baumstark may help you bypass the activation lock by deleting setup.app.

That exploit is compatible with iOS 11-11.3.1 and may get released in the future should a jailbreak developer decide to work on it.