Another day, another tweak. This tweak brings a cool new graphical enhancement to iOS 10. Here’s how it works.

iOS 10 firmware’s notification system is all good and dandy. However, some of us still prefer the old style of iOS 9 and want that in iOS 10. This is where BlurryLS comes in.

As the name suggests, it blurs your lock screen every time you receive a notification. It is developed by tweak developer Antique Dev.

This jailbreak tweak ports the blurred iOS 9 notification style to iOS 10 firmware. Here’s how this tweak looks like in action. 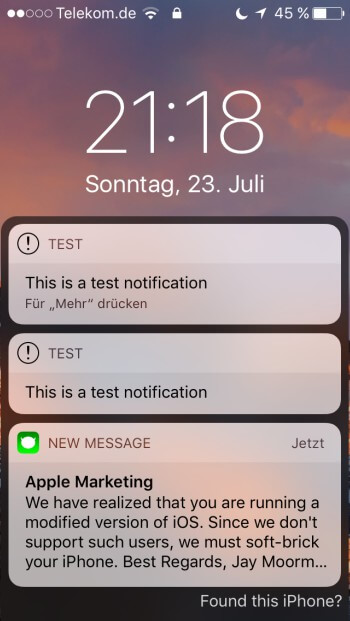 According to me, it would look a lot better if it blurred the whole screen instead of just the notification portion. Hopefully, Antique will release an update that does this.

Antique Dev has been pushing a lot of high-quality Cydia tweaks lately. Although it’s a minor enhancement, it still does what it’s supposed to nevertheless.

If you prefer iOS 9’s aesthetics over iOS 10, I highly recommend grabbing this tweak.

BlurryLS is available for download on Antique Dev’s Cydia repo (https://antiquebeta.github.io/) for free. It is compatible with iOS 10.

Here are some more tweaks for your lockscreen.

For more downloads and releases, subscribe to our social channels.