Another day, another tweak. A new Cydia tweak called Charge has just been released. Let’s find out how it works.

Have you ever wanted to get rid of the intrusive battery indicator on the lock screen? If yes, then Charge is the Cydia tweak you need.

Charge Cydia tweak adds a slick looking minimalistic charging view to your lock screen. It is developed by tweak developer Mr. Smith, who is relatively unknown on the jailbreak scene.

You can customize time, date, indicator, battery status, blur, background and much more. It contains over 40 customizable options in all. The indicator fades when you double tap on it. 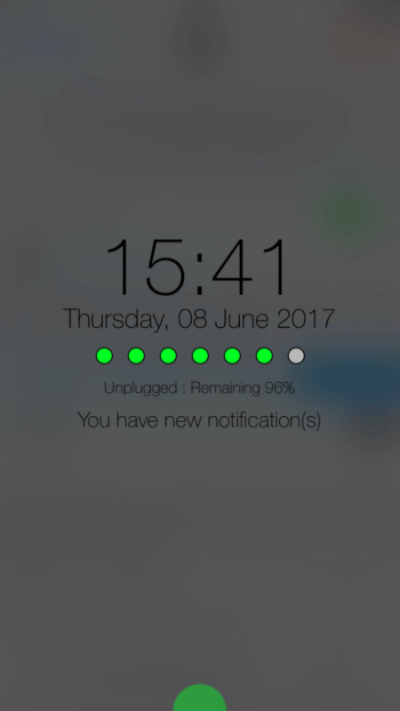 Once installed, it allows you to change and customize every aspect of the Charge dots to your liking. 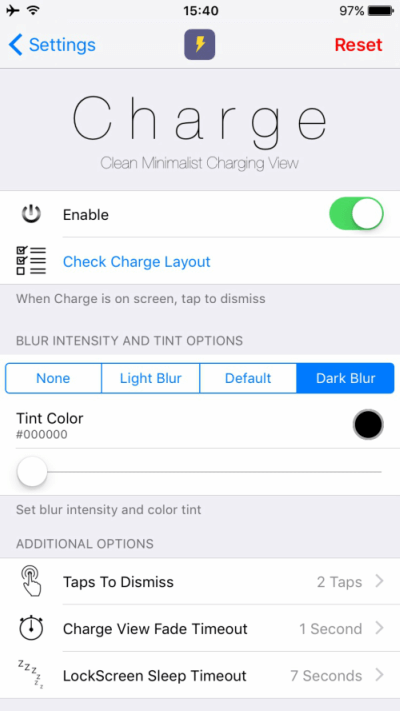 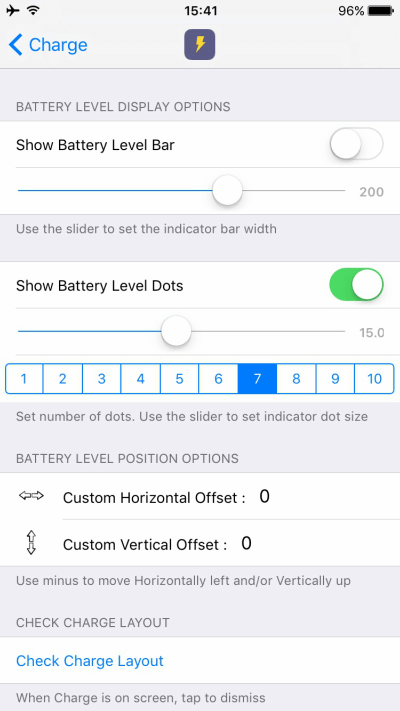 Charge Cydia tweak is great for users who like minimalistic setups. It offers tons of customizations that justify its price.

At $0.99, it’s a solid buy. Recommended. If you are interested in a free alternative, you might want to check out Surge tweak by Antique Dev.

Charge is available for download on BigBoss Cydia repo for $0.99. It is compatible only with iOS 10.

Here are some other interesting Cydia tweaks –

For more scene releases, subscribe to our social channels.