A beta tester of Antique Dev’s iOS 10.2-10.2.1 jailbreak has just leaked its IPA online! Here’s where you can download it.

How did this jailbreak leak online?

Antique Dev’s jailbreak has already been causing a lot of drama within the jailbreak community. The main reason behind this is the hype around Antique Dev’s newly formed Tigris Dev team.

After announcing a jailbreak, the Australian developer-turned-hacker uploaded a beta version online.

This version was only available on his private Discord server and supposed to be used only by Tigris Dev Team members.

After several requests, he decided to select a beta tester and send the download link to him. The jailbreak wasn’t fully functional and led to the tester leveling serious allegations against him.

Here’s a snapshot of the conversation between the two. 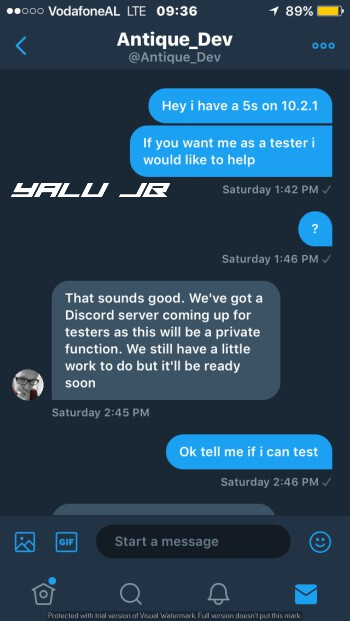 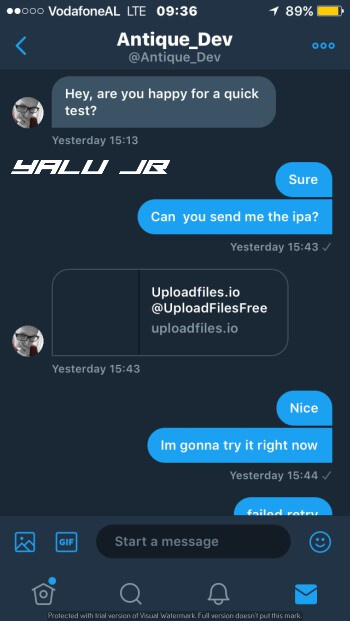 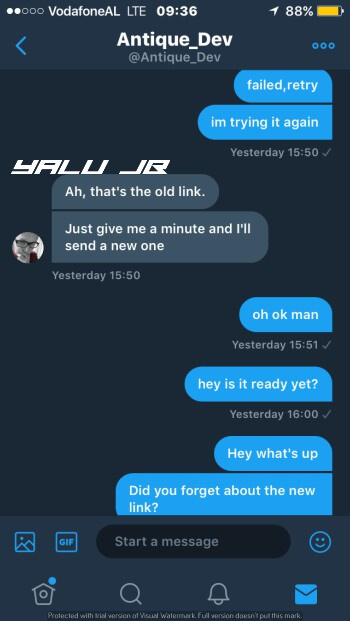 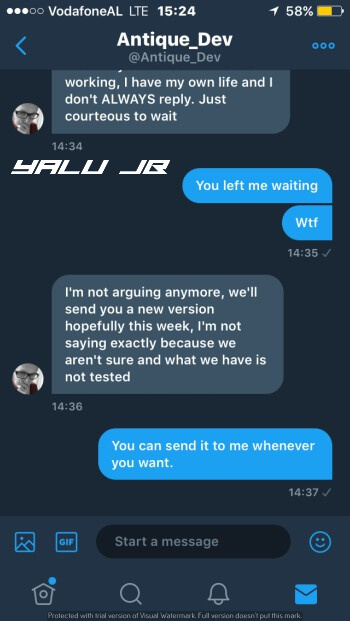 Again, I wouldn’t recommend doing that for obvious reasons. There’s no harm in trying it but keep in mind that you won’t get Cydia after using it.

Antique Dev is copping quite a belting in the community lately. He has gone from a respected Cydia tweak developer to a seemingly fake jailbreak Twitter troll.

His reputation took another hit when he demonstrated his half-baked jailbreak on iOS 10.2 firmware.

Apart from that, a lot of users have reported to me that his jailbreak gets stuck “Failed. Retry”, which suggests this might just be an edited version of yalu102.

Assembling the various exploits and patches into a jailbreak is not an easy task by any means. All things considered, I still believe we should still give him the benefit of doubt.

He has been working on quite a few projects while developing the upcoming jailbreak. My advice to him is to stick to only one thing at a time.

We already weeks into this whole fiasco and a lot of us are still aboard the hype train. So what do you think – will he go on and release a proper jailbreak? Post your opinion in the comments section below. 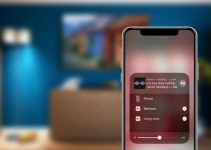