Another day, another tweak. This tweak claims to be a new PriorityHub alternative. Can it live up to its reputation? Let’s find out below.

Everyone misses the original PriorityHub on newer firmware versions. Due to the dearth of tweaks that emulate its features, jailbreakers often have to look elsewhere but not anymore. We now have a new alternative that works exactly like the original.

Atmos Cydia tweak groups your notifications by apps exactly like PriorityHub does. It is developed by tweak developer Antique Dev.

Antique Dev has utilized the original source code to develop this tweak and made minor changes for better compatibility. This explains why a lot of its bugs remind us of the original PriorityHub. 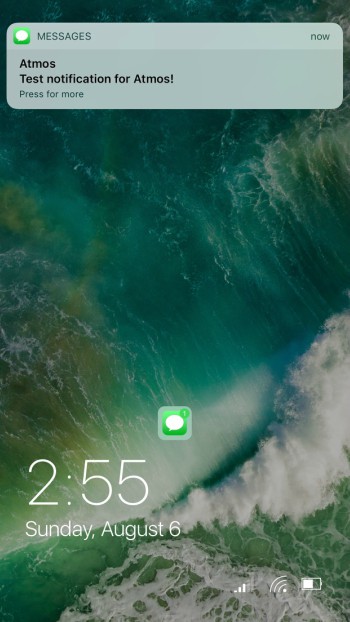 Atmos offers good compatibility and works with pretty much all lock screen and notification-based tweaks. Here’s the full list of tweaks it is compatible with –

Once you install it, you can configure its options from Settings.

You can also try NCLink instead of this one as it’s a bit more stable at present. Antique Dev has promised to release regular updates and fixes for bugs as this is a paid tweak.

Atmos is available for download on BigBoss Cydia repo for $1.50. It is compatible only with iOS 10.

Here are some more jailbreak tweaks that will enhance the notification system on iOS.