YouTube creators can choose to place ads in their videos that you as a viewer can not skip. This was possible before for a select group but the feature is now rolling out to more content creators.

YouTube creators make money by displaying short advertisements in their videos. Up until now, users could skip these ads after a few seconds, but not anymore.

YouTube has now rolled out non-skippable advertisements for content creators, thus forcing the user to watch ads until the very end.

Previously, this feature was made available only to a select group of creators, including a few large channels with millions of subscribers.

However, with the new update, a creator only requires 1000 subscribers to enable non-skippable adverts.

How will unskippable ads affect creators?

At the outset, it looks as though these ads would result in a revenue boost for creators; however, that isn’t the case.

“The Wads”, a channel with around 30,000 subscribers, experienced something completely different while experimenting with unskippable ads. Surprisingly, their revenues decreased even though their views and subscribers increased.

After enabling these ads, the most-viewed videos only brought in a few dollars per month. Videos with skippable ads, on the other hand, were able to net higher revenue.

In the comments below the video, other YouTubers also posted similar experiences after enabling this new feature.

YouTube is likely testing the waters and will soon run non-skippable ads automatically on all suitable videos, so get ready to watch more of these ads in the future! Only creators or channel owners will be able to disable this feature on their videos.

Remember, these ads are unskippable, not unblockable. If you are someone who can’t stand advertisements while watching videos, we recommend installing a YouTube tweak or an AdBlock app from the App Store. 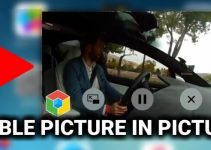 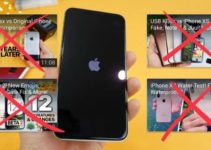