In the past couple of days, I’ve witnessed a new Yalu jailbreak for iOS 10.3 floating around the internet. It’s called Yalu103 and claims to be a fully untethered jailbreak iOS 10.3 firmware.

Let’s find out if it’s real or fake.

A lot of users have been asking me if this jailbreak is safe to use. So I downloaded this IPA file and decided to check what’s inside of it.

Before we begin, let me tell you – Yalu jailbreak only supports iOS 10-10.2. Yalu jailbreak’s exploit was patched by Apple in iOS 10.2.1.

Moreover, ever since Luca left the jailbreak scene, no one has officially promised to continue developing Yalu jailbreak.

Upon reverse engineering this file, I found they have just renamed the yalu102 beta 7 IPA file. Its contents are exactly the same as the original yalu102.

Despite my repeated warnings, some newbies will still download and try to use this IPA file. Again, DO NOT download this ipa file. Downloading jailbreak tools from 3rd-party sources poses a serious security risk.

Who knows what’s inside of those files. A hacker and easily bundle rootkits and other malicious code into an IPA file that can compromise your device.

So my final verdict is that this 10.3 jailbreak is fake. Some sketchy websites are heavily promoting this bogus jailbreak for unknown reasons.

A while ago, a user named “devapple” also posted a new project on Github called Yalu 103. This developer is completely unknown on the jailbreak scene. So this jailbreak is fake as well.

If you come across any Youtube video related to 10.3 jailbreak, just down vote it. 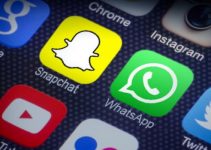