As you know, Google Project Zero hacker Ian Beer recently made public two userland exploits. One of these exploits is called triple_fetch and here’s how it works.

Hacker Ian Beer is the developer of the triple_fetch exploit. This exploit works for iOS 10.3.2 firmware and is based on the CVE-2017-7047 security vulnerability.

It is a part of the sandbox escape exploits released by Ian Beer a few days back.

At present, triple_fetch gives grants hackers the ability to tinker with userland processes such as backboardd, launchd, etc. We are still a long way away from a proper jailbreak. 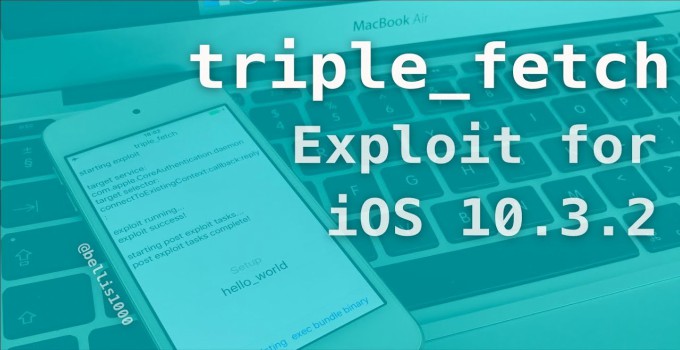 Here’s a video by Youtuber Billy Ellis who explains it in great detail.

Can triple_fetch be used to develop a jailbreak?

It’s a major step towards a full-fledged jailbreak but there’s still some work to do. We can safely consider it as 25% of a jailbreak. The remaining exploits such as patching the kernel, bypassing the KPP, etc constitute the remaining 75%.

Do you think this will lead to a jailbreak for iOS 10.3.x? Let us know in the comments section below.