Another day, another tweak! A new 3D Touch-related Cydia tweak has just been released. Let’s see how it works.

If you are one of the fans that have devices without 3D Touch technology and that use tweak to simulate this technology, surely you have suffered in the low performance of the device.

This is where Smooth3D tweak, developed by Demy Kromhof, comes in.

This gives a “flat” look to your setup and improves the performance of your device. Here’s what 3D Touch looks like after applying this tweak. 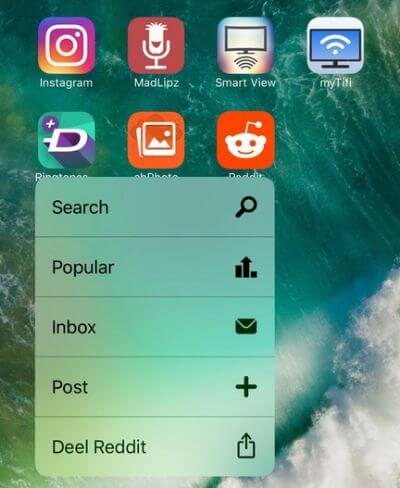 If you don’t like the usual “blur” effect, you can install this tweak to remove it. This tweak is aimed at those device which experience a performance lag while using 3D Touch.

You will need to use Peek-a-boo Cydia tweak to enable 3D Touch on older devices. If you have a device older than iPhone 6s, install this tweak first before installing Smooth3D.

Once installed, this tweak works right out of the box. It has no preferences or options you need to configure. Simply install it, respring your device and you’re good to go.

Smooth3D is available for download on BigBoss Cydia repo. It is compatible with iOS 10.