Apple seems to have hardened system software authorization in newer versions of iOS 11. Here’s how this will affect upgrades and downgrades if you want to move to iOS 11.

Secure Enclave Processor is now more secure than ever

According to a security document published by Apple on January 11, iOS 11 comes with stringent new security measures.

As you already know, Secure Enclave Processor (SEP) is the most secure component of an iPhone. It is now about a get a whole lot more secure as Apple adds UID to it.

Here’s how this new security measure will work –

This suggests that the device UID will now become a staple in iOS from now on.

How will this affect jailbreaking?

This will certainly make restores with FutureRestore very difficult or even impossible.

Developers of iDeviceRestore will then need to update their tool to make it work with this new security mechanism.

Although Apple made public their security guide on January 11, we are yet to experience restore issues. This indicates that Apple is yet to fully implement this mechanism in iOS 11.

The SEP firmware of iOS 11.2.5 is fully compatible with iOS 11.1.2. Therefore, you can safely upgrade to this jailbreak-able version using iOS 11.2.5.

Make it quick as the next version could very well block updates.

Cydia tweaks pertaining to SEP-reliant components such as Touch ID, Face ID, and Apple Pay could become difficult to develop.

There have been no such tweaks so far because iOS 11 jailbreak is still in early development phase. Once Saurik updates Cydia, things will start to become more clear. 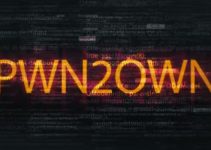