What is Order 66 Substrate Fix?

Order 66 is a command line interface tool that makes your life easier. Order 66 debian package is made for iPhone 7 and iPhone 7 Plus running yalu+mach_portal beta 3 jailbreak.

This script checks what is present in this path – /Library/LaunchDaemons and then starts it.

Why is Order 66 Substrate Fix useful?

Its “execute” command will enable Cydia Substrate and start LaunchDaemons which don’t start automatically by default. 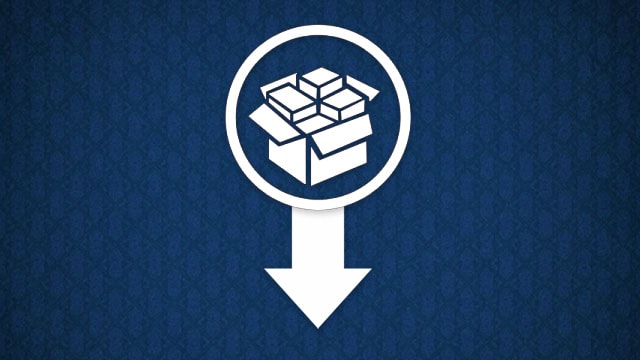 Anemone theming tweak works on devices running iOS 10.1.1. However, Anemone will not work unless it is re-installed along with Rocketbootstrap after you restart your iPhone 7.

Launch Daemons of Cydia tweaks aren’t correctly launched if you don’t reinstall them. Substrate Fix for Yalub3 will re-install Rocketbootstrap and Anemone automatically.

Substrate Fix for Yalub3 will fix Cydia tweaks such as –

This tool doesn’t require you to have Anemone installed. If you have Rocketbootstrap-based Cydia tweaks or anything else that uses LaunchDaemons, you can still install it.

Is Order 66 Substrate Fix Safe to Install on iPhone 7?

Yes, this Substrate Fix is perfectly safe to install and use on your iPhone 7 or iPhone 7 Plus. The reason being it does not change Cydia substrate or any other file.

Once you run the “execute” command, the effects remain only until you reboot your device.

Even if you have any other Substrate fixing tools installed already, it will still work fine without any conflicts. It just overwrites what other fixes use.

It is much better than using ijapija00’s Substrate Enabler.

With this tool, you just need to run the “execute” command whereas, with ijapija00’s tool, you will need to reinstall all tweaks that depend on LaunchDaemons.

If you have it installed already, remove it and then install Order 66 Substrate Fix for Yalub3.

It is only compatible with the following devices running mach_portal jailbreak.

Step 1 Re-jailbreak your device with mach_portal by sideloading it with Cydia Impactor. Follow this tutorial to re-jailbreak properly. 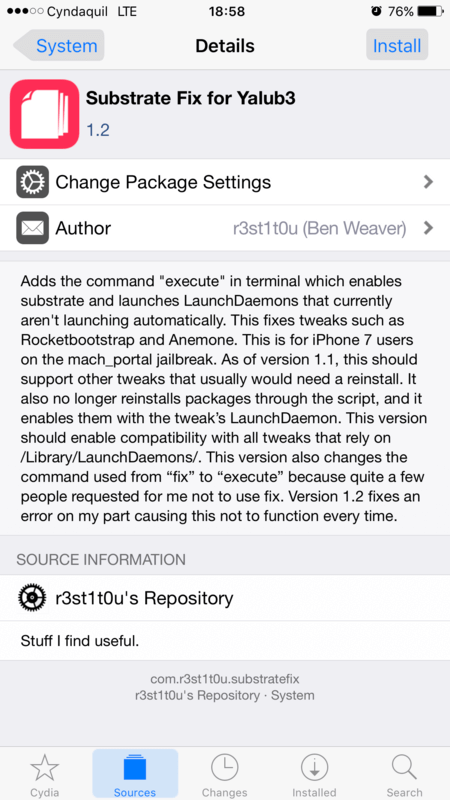 Step 6 Install CydiaRespringFix package. Order 66 Substrate Fix does not fix backboard. Backboardd problems are directly related to mach_portal exploit which is difficult to fix. So you need CydiaRespringFix to fix the respring issue.

That’s it! You can now use any tweak you want to. Remember, each time you restart your device, you will need to repeat this process. If you are facing any errors, be sure to leave a comment below.

As you know, iPhone 7 jailbreak has a lot of errors right now. Order 66 Substrate Fix will surely make your iPhone 7 much more stable.

If your tweaks are not working as expected, run high command first and then run the execute command. This will fix your issue. 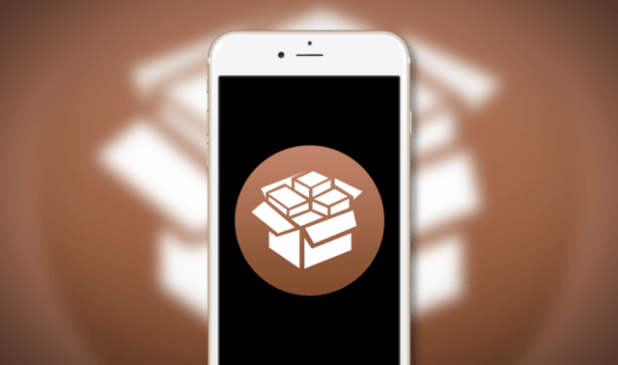 The developer is currently developing a completely hands-free solution for iPhone 7 users. This will add an application to your home screen that will run all the commands automatically.

Let’s hope he comes out with an updated version real quick.