The jailbreak community is eagerly waiting for a stable iOS 10.2 jailbreak. So it is natural that everyone is demanding iOS hacker Luca Todesco to make it quick. For those who don’t know, Luca is a 19 year old iOS hacker from Italy. However, in a strange turn of events, Luca announced his withdrawal from the jailbreak scene yesterday.

PSA: I will stop all public iOS research after I drop that 10.2 thing. The idiocy of the jailbreak community is too much to handle for me.

Luca Todesco has managed to jailbreak all iOS 10 versions until iOS 10.1.1 successfully. Even though the jailbreak was meant for developers and advanced users, many users still used it nonetheless. However, the latest iteration iOS 10.2 is not yet compatible with Yalu.

After a short hiatus on his Twitter account, the young security expert eventually broke his silence by announcing that after completing the iOS 10.2 jailbreak, he will retire from the jailbreak scene.

@d_olex you’re not wrong: I will keep to do research, and I will talk about technical info. By ‘public research’ I mostly meant ‘public jbs’

He is clearly tired by all the attention he’s getting and the never-ending jailbreak community troll train. Yalu will be the last jailbreak tool he will publicly share and its support will remain limited to iOS 10.2.

He has also mentioned earlier that the furore created by his beta release was the reason behind him keeping older exploits private.

What’s wrong with the Jailbreak Community?

Teenager Luca finds himself heckled on Twitter by thousands of disgruntled jailbreak users who demand an iOS 10.2 jailbreak tirelessly. As we know, Twitter and even the Internet in general, are hotbeds of trolls. People keep asking monotonous questions about the upcoming jailbreak while others keep calling him out on Reddit and Facebook.

These tweets are what is wrong the jailbreak community…

@qwertyoruiopz Very helpful and informative. Truly the greatest jailbreaker who has ever lived. Thank you Looka Tabasco. 🙏🏿

@qwertyoruiopz @d_olex you call it drama, finally
you just proofs for us how much you are very good actor

Interpreting Luca’s silence, trolls of the jailbreak community have gone so far as to declare him dead following the earthquake in Italy.

According to his Forbes profile, Luca is now a part of Apple’s bug bounty program. What if he decides to sell his exploit to Apple for a hefty sum. This clearly means a stable jailbreak for iOS 10.2 will never be released.

What next for Luca?

The young Italian hacker plans to release the final version of Yalu for the ungrateful jailbreak community. The stable version of the jailbreak tool will work on devices running iOS 10 to iOS 10.2. In the future, his research will remain private. 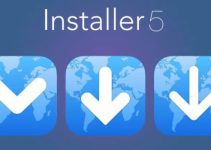 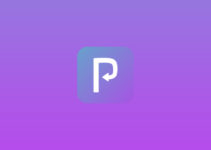