Another day, another tweak. This new tweak aims to enhance the compatibility of certain apps on your device. Here’s how it works.

Admit it, we come across quite a few applications that no longer support our firmware version. While this is a non-issue for average users, jailbreakers must make do with whatever firmware they have as they can’t update.

This is where LowerInstall new tweak comes in.

As its name suggests, LowerInstall Cydia tweak allows you to install unsupported apps on your current firmware version. It is developed by eminent tweak developer Julioverne.

It achieves this by spoofing your current iOS firmware version. This fools the App Store into believing that you are running that firmware instead of your actual older firmware. 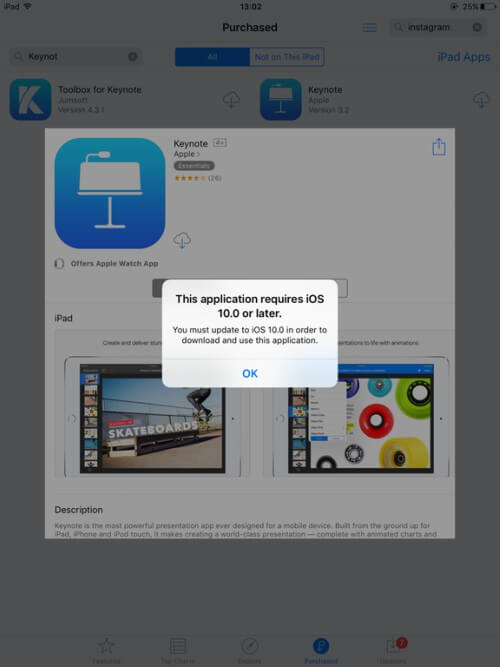 Remember, even if you download an application, it may or may not work due to other constraints. Some apps do have an unofficial minimum version up till which their functions work.

Therefore, this tweak will allow you to download a particular app but it can’t control whether it will actually run on your iPhone, iPad, or iPod. At present, it is proven to work with GarageBand and Clips app by Apple on iOS 10.2, both of which require newer versions.

Once you install it, restarting the Springboard from Cydia won’t cut it; you must manually reboot your device to activate its functionality.

You can spoof your firmware version from its Settings section. 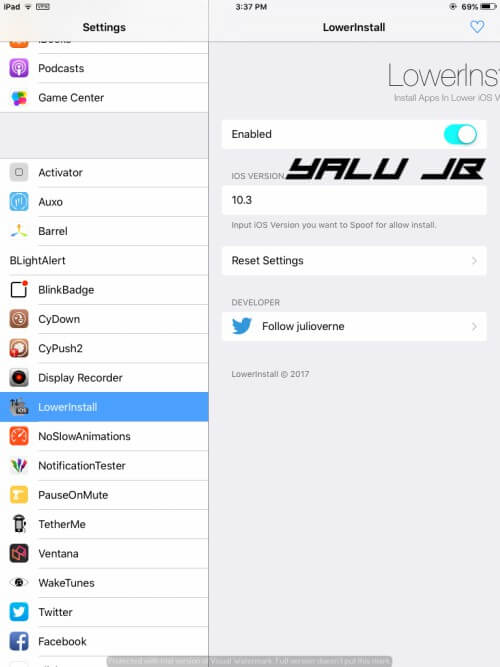 This tweak is a must-have for every jailbreaker because sooner or later you are going to run into an unsupported app. Highly recommended.

LowerInstall is available for download on Julioverne’s Cydia repo (http://julioverne.github.io/) for free. It is compatible with iOS 9 and 10.

Here are some more jailbreak tweaks by Julioverne. 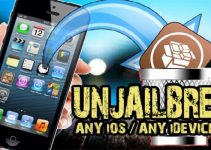