Apple has released the third beta update of iOS 12.2 to developers. Here’s how you can get this update on your iPhone, iPad, or iPad without a developer account.

Interestingly, this beta update comes two weeks after the release of Beta 2 of the same version, yet brings no major changes.

The changelog isn’t available as of right now. Most probably, this version will fix bugs present in older betas and improve the stability of the operating system.

Here’s the list of bug fixes and changes in iOS 12.2 Developer Beta 3 –

As this version is available only for developers, this update will not appear as an OTA download for regular users.

If you aren’t enrolled in the Apple Developer Program, simply click the OTA Profile download button below and get downloading.

Some users who are still on Beta 2 have reported quite a few crashing and audio stuttering issues in CarPlay. According to Apple’s changelog, this update doesn’t fix any bug related to CarPlay.

So, if you want a fix for these CarPlay bugs, you will have to wait for the next beta.

On the other hand, users who want to move to the latest version for a bug-free experience can update. 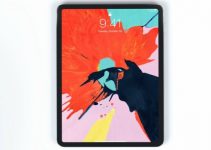