Apple has released the final version of iOS 12.1 after a long month of testing. iOS 12.1 brings group calls for FaceTime, dual SIM support, and other features for the iPhone and other Apple devices.

iOS 12.1 is the first major additional update of iOS 12 in which you will find a number of important additions.

Support for group FaceTime conversations is by far the biggest addition to this version. Furthermore, iOS 12.1 also brings 70 new emojis with a lot of new characters and fruits being added. 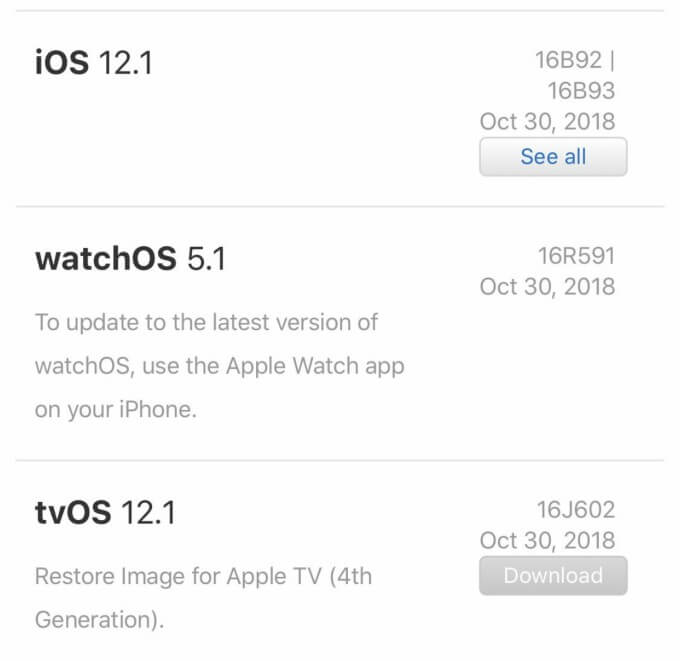 Around the end of October, Apple always releases the first major additional update for its latest operating system version. And this year is no different as iOS 12.1 brings a number of fresh changes that are bound to please all iPhone and iPad users.

The group conversations in FaceTime ensure that you can make video calls with 32 people. The feature was previously promised for the original iOS 12 update but was postponed halfway through the beta.

Fortunately, this feature is now a part of the iOS ecosystem. In the group conversations, you can also use stickers, Animoji and Memoji, so that they stick to your face and move dynamically in a conversation.

2. Depth control while taking the picture

In the portrait mode, you can now adjust the depth while taking a photo. The depth control in iOS 12 was previously only applicable after you had shot a picture. Hoever, from now on, you can use it while taking the picture.

This feature is available on the latest devices, namely the iPhone XS, XS Max, and iPhone XR.

In addition, the previously unveiled emoji are also available in iOS 12.1. It involves a total of more than 70 new emoji, including some popular and long-awaited additions.

You can now use bagel, redheads and the bald man emoji. In all kinds of categories, you will find new additions, including food, body parts, animals and signs.

In iOS 12.1 you can also use dual SIM for the first time thanks to the built-in eSIM, but only if your network provider supports it.

This update is offered automatically via OTA. Here’s how you can install it straight from your Apple device –

Simply connect your device to your computer and tap the Update button in iTunes.

If you wish to perform a clean restore, download the IPSW firmware file using the download links below. Press Alt/Option key (Mac) or Shift key (Windows) and click the Restore button.

As always, be sure to back up your device beforehand to prevent data loss if the update process doesn’t go as expected.

Since this is a final update, you should update your Apple device for stability and performance. iOS 12.0 and above versions lacked many important features such as group FaceTime, dual SIM support among others.

If you happen to own an iPhone XS (Max) or XR, you should definitely upgrade to this version to get the most out of your device.