Apple just released the fifth developer beta build of iOS 12 firmware. You can download this version for your iPhone, iPad, and iPod touch below.

Apple has surprised everyone by releasing today the fifth beta iteration of iOS 12. Generally, Apple seeds beta builds for registered developers on Tuesday.

This version quashes some annoying bugs and brings stability improvements to all Apple devices. The build number of this beta is 16A5339e and it weighs around 500MB on all devices.

Here are a few bugs that this version fixes – 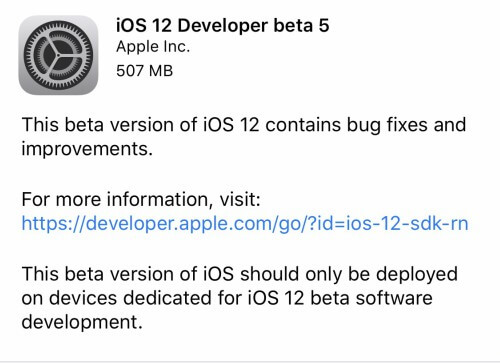 If you are a registered developer, you can download the iOS 12 Beta 5 update straight from your Apple Developer Center dashboard.

Average users will have to wait for the public release of this beta. Thankfully, you can easily bypass this limitation using the direct downloads links given below.

All you need to do is grab the OTA profile given below, install it on your device, and you will be able to download iOS 12 Beta 5 instantly.

If you want to perform a clean restore, be sure to download the IPSW file for your device.

iOS 12 Developer Beta 5 is a minor update and you don’t need to upgrade if your device is running just fine.

However, if you are affected by the various bugs and glitches present in its predecessor, you should definitely consider updating.

All in all, there aren’t many changes in this version and you should probably wait for beta 6 before updating. 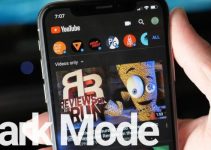