Home
Jailbreak
How to Fix Battery Drain in iOS 10.3.2 Firmware

Apple is gearing up for WWDC 2017 that is due to be held on June. The iOS 10 chapter is about to come to a close soon.

Surprisingly enough, Apple released another beta update for iOS 10.3.3 yesterday. This definitely means they are rushing to release the final version of iOS 10 before they demonstrate iOS 11.

Why does iOS 10.3.2 suffer from Battery problems?

iOS 10.3.2 is a great security update and closes a lot of vulnerabilities. However, it also leads to a lot of stability issues.

The major problem with iOS 10.3.2 is its battery drain. Users have reported as much as a 20% battery drain in mere minutes on a full charge. 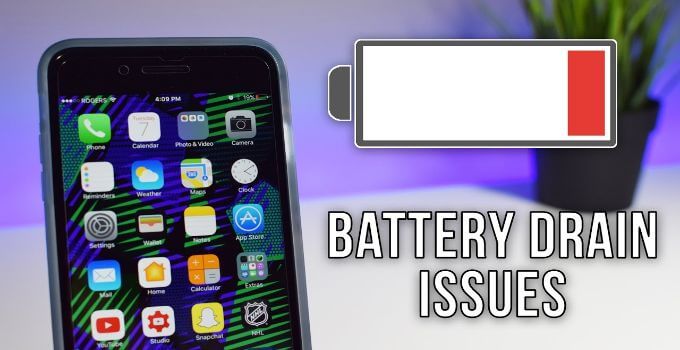 This happened because Apple messed up somewhere while updating the firmware. Nearly, all devices running iOS 10.3.2 are suffering from poor battery life.

Only a small percentage of users have reported good battery life on this firmware.

How to Solve Battery Drain Problem in iOS 10.3.2 Firmware

Here are a few solutions that you can use to fix the battery problems on your device.

Apart from this, there is not much you can do about the battery drain problem. This is primarily because the problem lies with the firmware, not an individual application.

The only fix that will work is upgrading or downgrading your firmware version.

Apple has taken stock of the situation and plans to fix it soon. Hopefully, this problem will be gone by the time Apple releases iOS 10.3.3.