Blogger Benjamin Geskin just published the leaked images of the front panels of the upcoming iPhones. According to this leak, all three smartphones will borrow the modern design of their predecessor, the iPhone X.

How the front panels of the upcoming iPhones look like

This leak suggests that the iPhones of 2018 will inherit their design from the iPhone X, with screens that occupy practically the entire front of the device, and with the notch at the top.

Apple will also finally abandon the Home button and the fingerprint scanner and for good reason too. 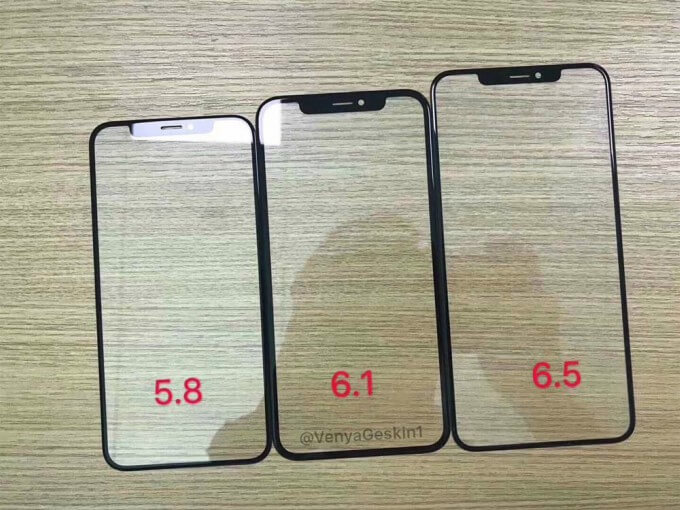 The notch will house the same internals as in the current iPhone X, such as Face ID, the front camera, and sensors. The size of the notch will also be the same for all three models in order to simplify the production process.

Interestingly, the 6.1-inch panel in the middle has thicker bezels than that of the 5.8-inch and 6.5-inch models. This indicates that the low-cost 6.1-inch iPhone model will have slightly different aesthetics.

There are also rumors that the bezels of this model will be two millimeters wide.

Two OLED models and one LCD model are in the offing

The first device will be a direct heir to the iPhone X with a 5.8-inch OLED screen and will roughly possess the same features except for a more powerful A12 processor. 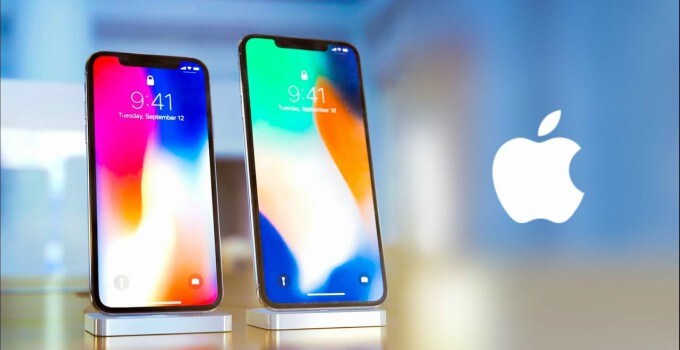 The second model will have a 6.5-inch OLED screen, and the third will receive a 6.1-inch AMLCD screen.

The design of all smartphones will be about the same as the iPhone X – with small frames and a cutout in the screen for the front camera and face scanner.