Home
Cydia
Dra1n – Find which tweaks are draining your battery

Another day, another tweak. Dra1n brings active battery drain monitoring to iOS. Here’s how you can download and install it on your iPhone, iPad, or iPod touch.

Dra1n is a comprehensive battery drain monitoring system for the iOS operating system. It is developed jointly by MegaDev and Charlie While.

Dra1n app detects jailbreak tweaks that cause battery drain on your Apple device. It does so by performing intricate device measurements and comparing your on-device data with user-submitted data. It notifies you whenever it detects a “culprit” – a tweak that causes significant battery drain. 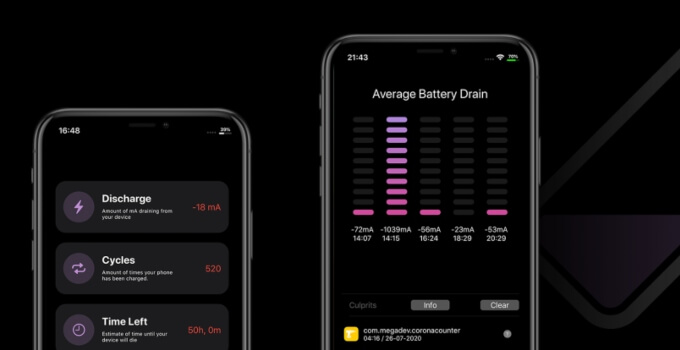 Dra1n is a lightweight application that works in the background and notifies you whenever your device experiences increased discharge after installing a tweak.

Here’s a quick rundown of its features: 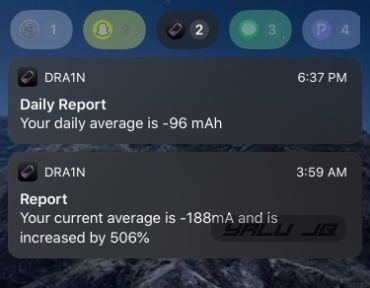 Check out the video demonstration of this application below.

It’s quite hard to detect tweaks that cause battery drain since they hook into existing processes. To solve this problem, you can opt-in to allow Dra1n to anonymously send your “culprit data” to its servers.

Subsequently, artificial intelligence algorithms will analyze and compare your data with that of other users to accurately detect any false-positives.

How to monitor battery drain with Dra1n

Once you install Dra1n tweak on your device, you must go through the walkthrough setup. Swipe right at each of the following screens.

The main screen of the application will display the following information about your battery:

The “Statistics” screen displays the discharge across a predefined time interval. Additionally, it shows tweaks that have potentially been marked as battery draining. So far, it has detected SafariPlus as a “culprit” on my iPhone 11.

As of the time of publishing, the app is detecting quite a few false positives. Nevertheless, culprit detection should improve gradually as the developers collect more user data.

An orange circle indicates moderate, red indicates strong. Green is a false positive. Tapping a row will take you to an online view.

How to detect and eliminate a battery-draining tweak

According to the developer, simply disabling the culprit using iCleaner will not solve battery drain issues. If you are experiencing severe battery drain, follow the steps given below:

Earlier, you had to use on iCleaner and disable tweaks one by one to catch the culprit. Well, not anymore!

Dra1n is available for download on the Dynastic Cydia repository for $1.99. It is compatible with iOS 11-13.

If you are running a little low on cash, you can wait for the developers to release the free version a few weeks from now.

Did you install Dra1n on your device? If so, leave your comments describing your experiences below. 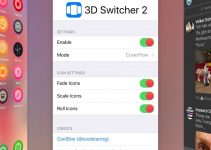