Another day, another tweak. After almost a year, the final version of Boxy 3 Cydia tweak has been released to the public. Here’s how you can download it.

Admit it, we all get bored with the same setup or the default icon layout in the Springboard. This is impossible on the stock iOS operating system. However, if you have a jailbroken device, you are in luck as this new tweak allows you to do just that!

Boxy 3 Cydia tweak allows you to edit the Springboard layout in real-time. It is developed by tweak developer William Vabrinskas.

There are a plethora of options available to fully customize the spacing of icons. Here’s a list of the actions you can perform – Once you create your perfect layout, you can save it. If you don’t want to mess around with its Settings, you can even use presets such as box, good box, and top.

What really stands out about Boxy 3 is its ability to customize your aesthetics in real-time. You can move and minimize its Quick Settings interface wherever you like.

Once you activate it, you can tinker around with its various options in its Settings section. 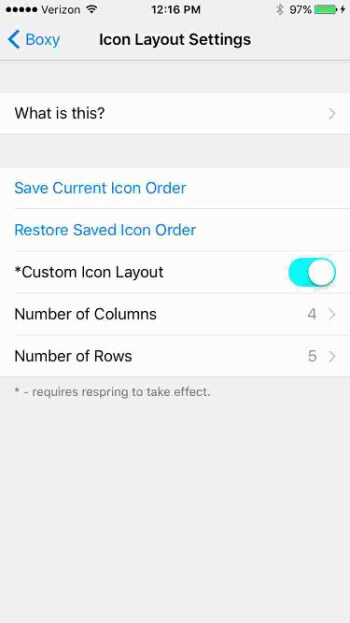 Here are all the Settings you can enable or disable.

Pretty much every aspect of your Springboard is customizable with Boxy 3.

This is an amazing tweak and a must-have for everyone who is a fan of iOS customization and theming. Highly recommended.

If you are using the beta version currently, it’s time to install the final version. The developer will remove the beta server by today. 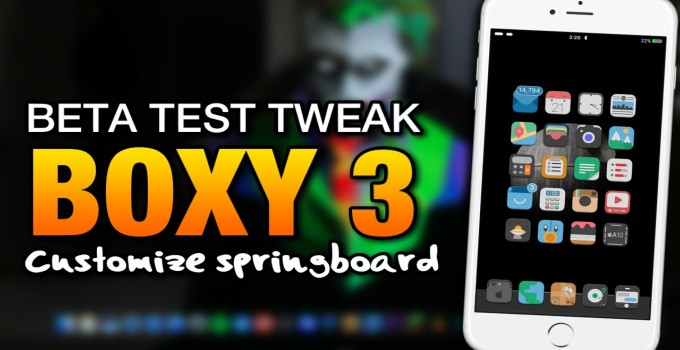 Unsurprisingly, this tweak has been released on ModMyi repo instead of BigBoss because the developer is a manager at MMI repo.

Boxy 3 is available for download on ModMyi Cydia repo for $1.99. It is compatible with iOS 9 and 10.

So would you be installing this jailbreak tweak and customizing your home screen? Let us know in the comments below.

Here are some more jailbreak tweaks you may find useful –

For more downloads and released, subscribe to our social channels.