Apple has just announced Apple Watch Series 4 – the all-new Apple Watch with a larger screen, new heart rate monitor and much more. Hit the jump and check out what’s new in the latest smartwatch by Apple.

The design of the Apple Watch Series 4 has changed for the very first time. Apple releases two formats – a 40mm and a 44mm Apple Watch 4. This means the Apple Watch is slightly longer than before, but not wider. You can therefore continue to use your older straps.

The screen of the Apple Watch is a bit bigger than before. Apple has made the screen edges smaller, so the screen is about 30% larger without making the device itself much bigger. It is also slightly thinner than the previous models.

The microphone is also better than that of the older models and has been moved to the side. The back is now made of ceramic. The range of the 4G model has also been improved, because it can now receive reception from the front and the rear.

The Apple Watch Series 4 has a new S4 processor that is about twice as fast as the previous model. The accelerometer has also improved considerably, making measurements more accurate.

The Apple Watch Series 4 is equipped with Bluetooth 5 technology.

In terms of battery life, you can expect the same battery runtime as with the previous models – about 18 hours. That means that you can use the Apple Watch for about 24 hours on a full charge.

The main new feature of the Apple Watch Series 4 is the larger screen. The screen ensures that more information fits on the watch face. With the new screen,  you can view up to nine data points at once.

You will now see more information as soon as you turn your wrist as Apple has redesigned the dials to make full use of the larger display.

The Breathe app is now also available as a watch face, so you only have to look at the Apple Watch. The Digital Crown has in-built haptic sensors.

Another new feature is that the Apple Watch Series 4 can detect a fall thanks to the improved sensors.

Imagine standing on a staircase and falling away from it – the Apple Watch Series 4 knows that. After a recognized fall, you can call 112 quickly thanks to the SOS emergency notification function. 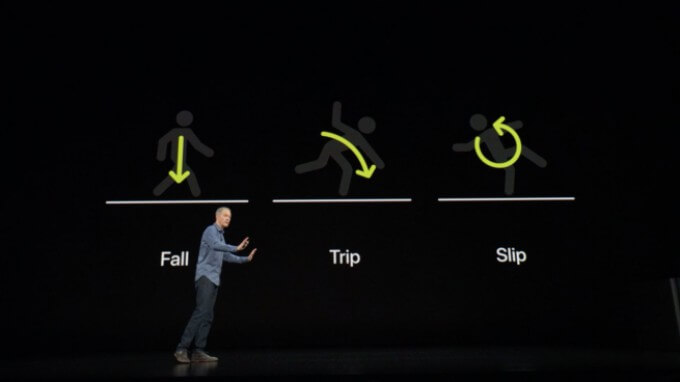 If you fail to move after a fall, the watch automatically calls the emergency services. This will especially help the elderly who are more susceptible to falling. 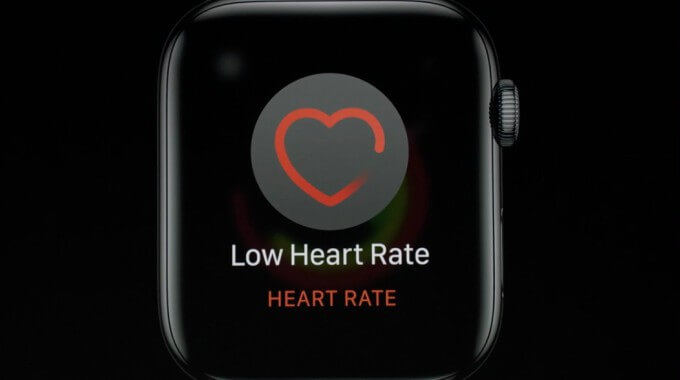 This feature makes the Apple Watch Series 4 the very first over-the-counter ECG product that is directly available to consumers. You can get an ECG measurement via the app and by placing your finger on the Digital Crown.

The data is stored in the Health app and can be shared via a PDF, which shows exactly the measurements of your heartbeats neatly in a graph. You can show this to your doctor or a medical professional.

Apple has received approval for the ECG function from the FDA, an American organization that approves health products. That means you can only use this feature in America.

The Apple Watch Series 4 can be ordered beginning Friday, September 14th and will hit the shelves a week later. Sales are expected to kick off on September 21 in the European Union and other countries as well.

The Aluminum model is available in space gray, silver, and black colors whereas the stainless steel model has gold, polished black, and space black colors.