First of all, I would like to introduce our guest today – Andreas Henriksson.

Andreas is a very talented Cydia tweak developer and a highly active member of the jailbreak community.

He has developed many popular tweaks such as Apace for Spotify, VerticalVideoSyndrome, BetterPhotoCrop, and much more. Here’s where you can find Andreas on the web.

Q1. How and when did you get started with programming and development?

A. My inspiration has always been my brother who began to learn programming early (he has actually released a tweak to BigBoss too, but it’s only usable if you’re a Swede).

I took a class in programming during high school and later started Computer Science at the university. I began developing some things to control the LED-strip around my TV in Python and later built an iOS app for it.

The transition into tweak making became naturally since I’ve been wanting to do this for a long time.

Q2. Your last Cydia tweak came out a while ago. Are you still involved in tweak development?

A. Yes, I have two projects that are yet to be released.

The time I can spend on development greatly varies with labs and exams though. I try to spend the time during my daily commute (~45 min) wisely.

Q3. What are your thoughts on piracy on the jailbreak scene? How can we curb it?

A. It is what it is, I don’t think we can change it. I’m just hoping that if people find a pirated tweak really useful, they will send some money to the developer.

If you have a job, one or two dollars isn’t that much for something you really like.

What I’m annoyed by though is the attitude by some in the community. Some think that developers should do free labor for them.

Q4. Are you currently working on any new project or Cydia tweak?

A. Yes, I have several devices jailbroken (most of which begin to get old now – the latest being my iPhone 6 as the daily driver).

SwipeSelection, Tage, and Activator are three of my favorite tweaks.

Favorite 3rd party apps (or at least the ones I use the most) are Alien Blue, Spotify, Slack, and Messenger.

Q6. We now know iPhone X can be jailbroken. How long do you think we will have to wait for it?

A. A very long time.

Q7. The jailbreak community hasn’t been very active ever since iOS 10 came out. Is the era of jailbreaking over?

A. It’s definitely not over in my eyes, but as jailbreaking becomes a tedious process and requires you to not be a total noob to get going (stay on lowest firmware until a jailbreak drops, the signing process etc), the user scale will decrease.

I no longer jailbreak my family’s devices as they wouldn’t handle the semi-untethered process.

We will have to get used to jailbreaks no longer being present on signed firmware for weeks, as they were in the past.

A. I’ll continue to complete things from my “annoying things with iOS” list that I keep with my brother.

If the community would have an interest in a completed item, I might add some work to it to polish it (add different settings, a preference bundle, compatibility with other tweaks, fixing bugs I wouldn’t have encountered otherwise etc) – releasing things always means more work.

That’s all for now, folks! Don’t forget to give Andreas a follow on Twitter for all his tweak-related updates. 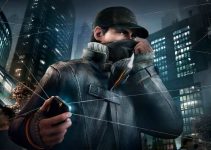