Hacker Tihmstar is on fire and has just demonstrated another jailbreak. Check out the full video below.

Eminent German security researcher and hacker Tihmstar is back to the grind after releasing Phoenix jailbreak for iOS 9.3.5 firmware.

He has just teased a new untethered jailbreak for 32-bit devices.

This jailbreak utilized Trident vulnerability, which is present throughout iOS 9. Therefore, this new jailbreak tool will hopefully support firmware versions from iOS 9.1-9.3.4.

Here’s the complete video demonstration of this new jailbreak.

The main highlight of this new jailbreak would be its untethered nature. You will no longer need to run the jailbreak app after each reboot.

This video gives ample evidence that this is an untethered jailbreak. As you can see, Tihmstar doesn’t run any jailbreak app or code after booting his iPhone and opens Cydia straightaway.

Although this is a great achievement for the hacker, not many people will be able to derive benefit from it as we already have an iOS 9.3.5 jailbreak.

When will this jailbreak be released?

In all seriousness, the answer is eta son. Tihmstar doesn’t waste time in creating unnecessary hype before a release.

He develops a jailbreak tool, shows off a demo, gets some beta testers on-board and then just releases the jailbreak within weeks.

While 32-bit devices are now obsolete, this still makes me happy and takes me back to the good old days of untethered jailbreaks.

It’s about time we all begin to sift through our collection and get hold of a legacy 32-bit device.

Are you stoked for this release? Let us know in the comments section below. 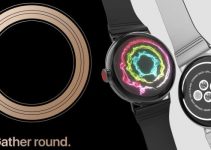