Pwn20wnd recently announced a new unc0ver update that will bring full A7/A8 support to iOS 12. Here’s all you need to know about it.

For the uninitiated, 4K devices like the iPhone 5S and 6 are those which contain 4K virtual pages for the kernel of the operating system.

Though devices with an A7-A8 (4K) chip are theoretically already compatible with iOS 12, they lack Cydia and Substrate compatibility.

Thankfully, Saurik, the godfather of jailbreaking, came through in the clutch just in time and upgraded Substrate.

Here’s what Pwn20wnd posted on his personal Twitter handle.

Special thanks to @saurik for updating Cydia Substrate and making this possible.https://t.co/rAzB7zj2Df

In a short Reddit post, the hacker also confirmed that Saurik needs to update Cydia Substrate for PAC for A12-chip devices.

In initial tests, this exploit was able to jailbreak a device in under four seconds, something which is unheard of in the jailbreak community!

How to prepare your A7/A8-chip device for unc0ver jailbreak

First things first, you should delete any OTA update that’s currently occupying space on your device.

The development team behind unc0ver has strictly warned users that devices must not have any OTA update during installation.

An OTA update will cause unc0ver to fail and may cause serious damage to your Apple device.

So, remove it before you attempt to jailbreak your device by following the steps given below. 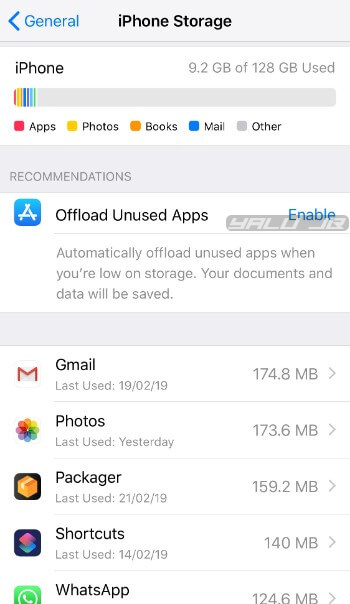 Cydia Impactor is essential for sideloading the app onto your device.

If you don’t have it installed on your PC or Mac, then please do yourself a favor and download it before the jailbreak drops from this link.

We also recommend bookmarking this page just in case. Remember! Check the compatibility sheet and ensure your iPhone, iPad or iPod is present therein before you jailbreak it.