Tihmstar has been on fire lately and he is back with another exploit. Here’s all you need to know about it.

Tihmstar, the developer behind iOS 9.3.5 jailbreak, has recently made swift advances towards an iOS 8.4.1 jailbreak.

I ported the Trident exploits to 8.4.1, however as expected HomeDepots kernelpatches/patchfinder needs quite a few changes.

What makes this jailbreak important is that Apple is still signing iOS 8.4.1 firmware. The reason being you can’t upgrade directly from iOS 6 to iOS 9 firmware without going to iOS 8.

This loophole allows you to downgrade any 32-bit iPhone (except iPhone 5c), iPad, and iPod touch to iOS 8.4.1. Once this jailbreak drops, you can easily jailbreak it.

Moreover, all devices that are using iOS 9 can fall back to iOS 8.4.1 for improved performance and stability. However, this will come at the cost of degraded app compatibility.

Tihmstar doesn’t mess around with unnecessary teasers and hype on Twitter. When he exploits a firmware version, you can be sure a jailbreak is about to drop just about a week later.

While not a lot of users would be able to use this jailbreak, iOS 8 will be jailbroken forever. This will be a remarkable achievement in and of itself.

Needless to say, this is still solid news for all those who are stuck on iOS 8.4.1 or wish to go back to it.

Are you still on iOS 8.4.1 and would like to jailbreak it? Let us know your thoughts in the comments section below. 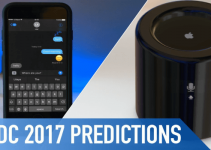