Simply typing the word “Taiwan” can make your apps crash. Security researcher Patrick Wardle explains why that is the case.

As soon as the user types “Taiwan” or receives the Taiwan flag emoji, the messaging app crashes. The remote bug is limited to iOS apps that process remote messages.

Security researcher Patrick Wardle first came across the emoji flag bug when his Taiwanese friend complained that China had hacked her iPhone.

Wardle also posted the following image on his blog that shows this remote bug in action.

How the “Taiwan” remote bug works

For the uninitiated, Taiwan sees itself as a sovereign nation but China considers the Asian island a part of Chinese territory.

To appease the Chinese higher-ups, Apple decided to censor the word “Taiwan” and the Taiwanese flag on its devices.

But funnily enough, Apple’s appeasement efforts fell flat on their face when the text began crashing users’ devices. Here’s how the bug works –

As long as the user had set the region as “China”, the method worked just fine. However, once the device went “region-less”, the method couldn’t ascertain the location of the device thus resulting in a crash. 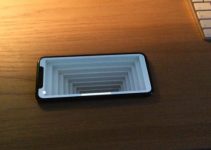