In a bizarre move, Apple has fully open sourced all its iOS kernel code. Here’s what this means for us jailbreakers.

Apple has released the source code of all iOS firmware versions, starting from iOS 1.0 to 10.3.3. Earlier, only the x86 components of the kernel were open source.

This certainly comes as a surprise considering Apple’s penchant for security and secrecy. Here’s a quick overview of all versions that are now open source. 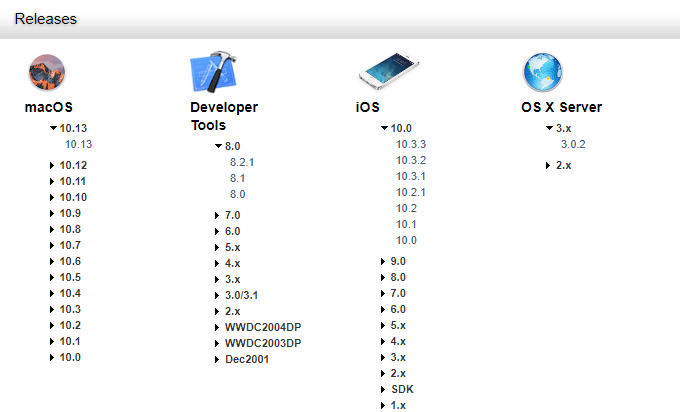 Surprisingly, iOS 11 is not up there with the rest of the versions primarily because it’s still in infancy. Once Apple edges closer to higher versions, we might get its source code as well.

Why is Apple going open source?

This is indeed a clever move on Apple’s part. They are intentionally making the detection of vulnerabilities in iOS and macOS easier.

This will revolutionize their relationship with eminent security researchers and computer scientists across the world and get them onboard the Apple bandwagon.

This will allow hackers to tinker around with the source code and look for bugs. Once he gets hold of a bug worth developing an exploit for, he will sell it directly to Apple for a massive sum.

What does this mean for jailbreaking?

As far as jailbreak goes, it will definitely make jailbreak development easier than it is at present. In layman’s terms, we now have everything we need to develop a jailbreak for any version!

Jailbreak developers can now easily reverse engineer the code that Apple used to design its operating system. They can also check the subtle differences between each version and then utilize them to develop an exploit based on that.

It will also allow up and coming hackers and developers to learn more about what goes inside the iOS kernel.

This also means iOS 10.3.3 can be easily jailbroken now provided someone is willing to work on it. Again, everything right now is purely speculative and we will still need to wait and see how everything goes.