Apple has released iOS 11.0.2 for the general public. Here’s how you can download it for your iPhone, iPad, and iPod touch.

iOS 11.0.2 (15A421) comes after a week after Apple rolled out iOS 11.0.1. Just like any other update, it comes with a few bug fixes and improvements that were missing from the previous versions. 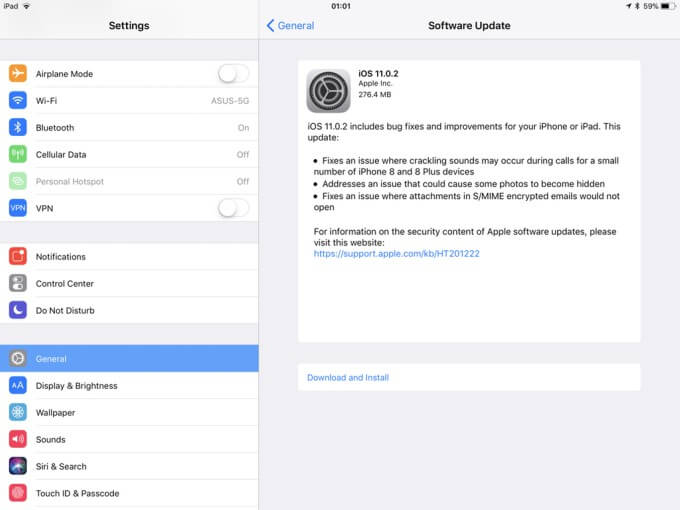 Here’s the full list of bugs that this version quashes.

Some users were also reporting the hidden photo bug on older versions. That too has been solved now. However, some users are still reporting a lagging 3D Touch.

You can update to this firmware via OTA (Over-the-air) update from Settings > General >  Software Update or with iTunes.

As is evident, this is a minor update only. Since there’s no development regarding a jailbreak yet, it’s safe to upgrade for the time being.

If you are already running iOS 11.0.1, I suggest you update to the latest version now.