Apple wages relentless war on jailbreak tools and, apparently, now tweaks have come under the ambit too. Here’s the latest tweak that Apple has patched in its smartwatch.

SpecialFaces will not work on watchOS 4

Renowned developer AppleBetas released SpecialFaces tweak for Apple Watch back in 2017. The tweak became very popular considering it was one of the few tweaks for the Apple Watch.

Although the new watch faces were a bit buggy and not as persistent as the users would have hoped, it became an instant hit.

The jailbreak tweak had a great run until watchOS 4 update patched it. 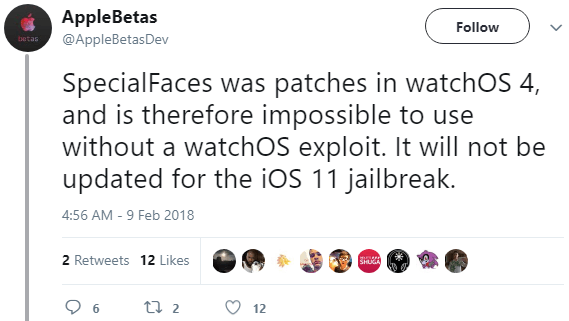 It brought sick customization to the Apple Watch by bypassing Apple’s limitations on the stock watches.

You could easily change the stock watch face and enable the locked and special edition faces such as the ones from Nike and Hermes.

Will SpecialFaces ever support iOS 11?

According to the developer, this tweak will not receive an update for iOs 11 firmware, ever.

For those who don’t know, you needn’t have watchOS 4 to use your smartwatch with iOS 11. watchOS 3 pairs just fine with iOS 11 and 10.

Therefore, it is possible that this tweak may become compatible with iOS 11 with watchOS 3. 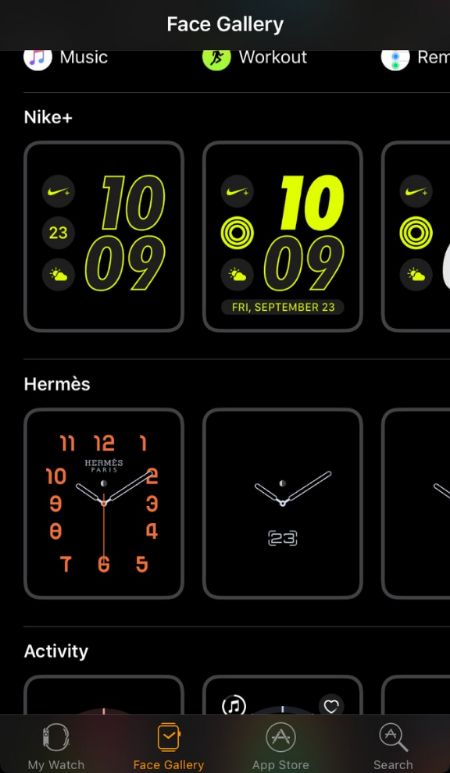 With that said, he does intend to open source the code in the future. This will allow other developers to work on it and hopefully update it for newer versions.

All is not over just yet. This tweak could make a comeback once an Apple Watch jailbreak comes out.

Of course, AppleBetas won’t release that update considering he is now a part of Dynastic Development team, which will focus exclusively on iOS tweaks and apps.

Are you still using this amazing tweak or had to give it up for the sake of watchOS 4 update? Leave your comments below.