Apple has finally released the final version of iOS 10.3.3 firmware. Here’s what’s new in this update.

Surprisingly, Apple has decided to seed the final build of iOS 10.3.3 after 6 beta versions. This is a minor maintenance update and fixes the battery problem that was plaguing users on iOS 10.3.2 firmware.

The only change in this update is the addition of three new wallpapers for the 12.9-inch iPad Pro. However, the final version also fixes a lot of security vulnerabilities especially the ones related to WebKit.

Go to Settings > General > Software Update and upgrade via OTA. You can also install the IPSW firmware file via iTunes for a fresh install.

Here are the direct download links for the IPSW firmware file.

This is the last version of the iOS 10 firmware. Apple will now focus on fixing and preparing iOS 11 for launch this fall.

If you want to jailbreak your device, stay away from iOS 10.3.3. I highly recommend every user to stay on either iOS 10.3.1 or 10.3.2. These firmware versions might eventually get a jailbreak. 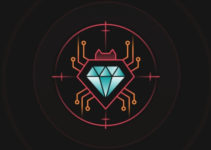