Just like all older Apple devices, Tencent KeenLab has successfully jailbroken the iPhone XS. The team will now be demonstrating their new tool at POC 2018.

Liang Chen, a member of Tencent KeenLab, has jailbroken iPhone XS Max on iOS 12.1. Chen will demonstrate the jailbreak on November 9 at POC 2018, an international hacking conference held in Korea.

Judging by the photo, the laptop clearly displays uid=0(root), meaning full root access has been achieved.

The iPhone XS Max, on the other hand, has the standard KeenLab jailbreak app running with a big jailbreak button in the middle.

KeenLab members don’t share a lot of details about their work on Twitter and Liang is no exception.

It’s not yet known whether this jailbreak is untethered or semi-untethered in nature. If it’s the former, the jailbreak will surely fetch a bounty upwards of a million dollars in the exploit black market.

Will this jailbreak ever be released?

Unfortunately, KeenLab is a professional security team that never releases a jailbreak publicly. Nevertheless, this is good news for all iPhone users since we now know that iOS 12.1 is jailbreakable.

Thankfully enough, jailbreak enthusiasts have started a crowdfunding campaign for an iOS 12.1 jailbreak. $25,000 bounty is up for grabs for anyone who releases a public open-source tool within the next 24 hours.

If you want to speed up the release of a jailbreak, be sure to chip in with your contribution. Remember, every bit counts! 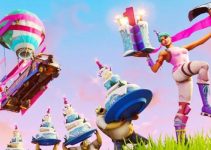