In Settings > General > Info and select the Applications button. Here you will find a list of apps that are not compatible with future iOS versions. it does nothing but tells users to contact the app developer.

It does not add any additional information and directs the user to the App Store which, in my opinion, is not very helpful. 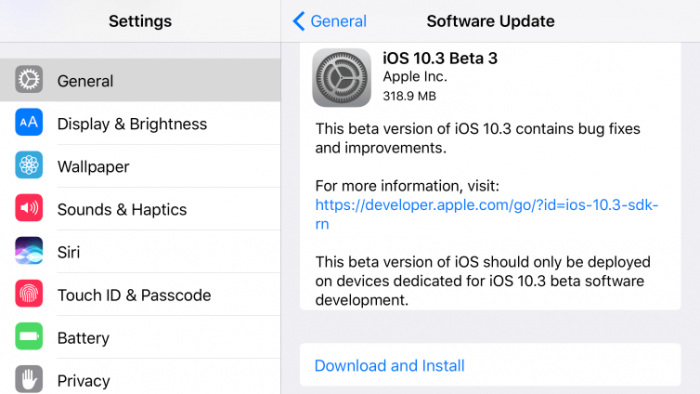 These are 32-bit apps that developers have not updated in a long time. As you know, Apple’s upcoming firmware will not support 32-bit architecture.

Apple also allows users to prevent apps from constantly asking for reviews on the App Store. It removes the “rounded corners” animation when you open apps.

iOS 10.3 also allows developers to respond to user comments posted on the App Store. They will be able to respond to their users and inform them about.